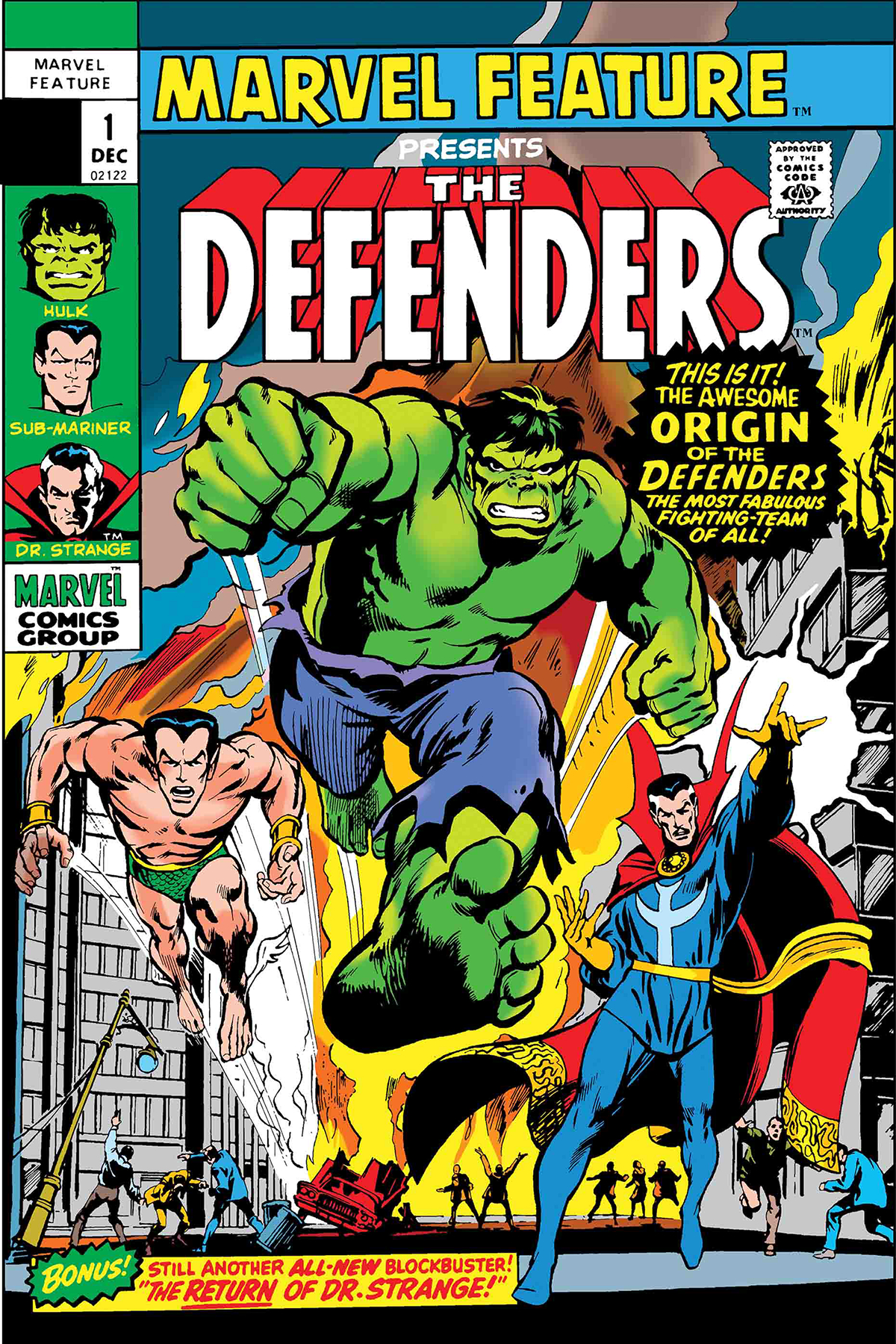 MAR190904
(W) Roy Thomas (A) Ross Andru, Bill Everett, Don Heck, Frank Giacoia (CA) Neal Adams
When Doctor Strange faces a threat to Earth so big the Sorcerer Supreme can't handle it alone, he calls on two allies from his past: Namor, the Sub-Mariner, and the Incredible Hulk! Can these three powerful individuals find a way to work together to thwart...the Omegatron?! Or will their forceful personalities get in the way of victory? And assuming they survive, is there any chance they'd be willing to make a habit of this? Relive the issue that united three titans as the Marvel Universe's greatest non-team - one Doctor Strange would name the Defenders! It's one of the all-time great Marvel comic books, boldly re-presented in its original form, ads and all! Reprinting MARVEL FEATURE (1971) #1.
Rated T
In Shops: May 08, 2019
SRP: $4.99