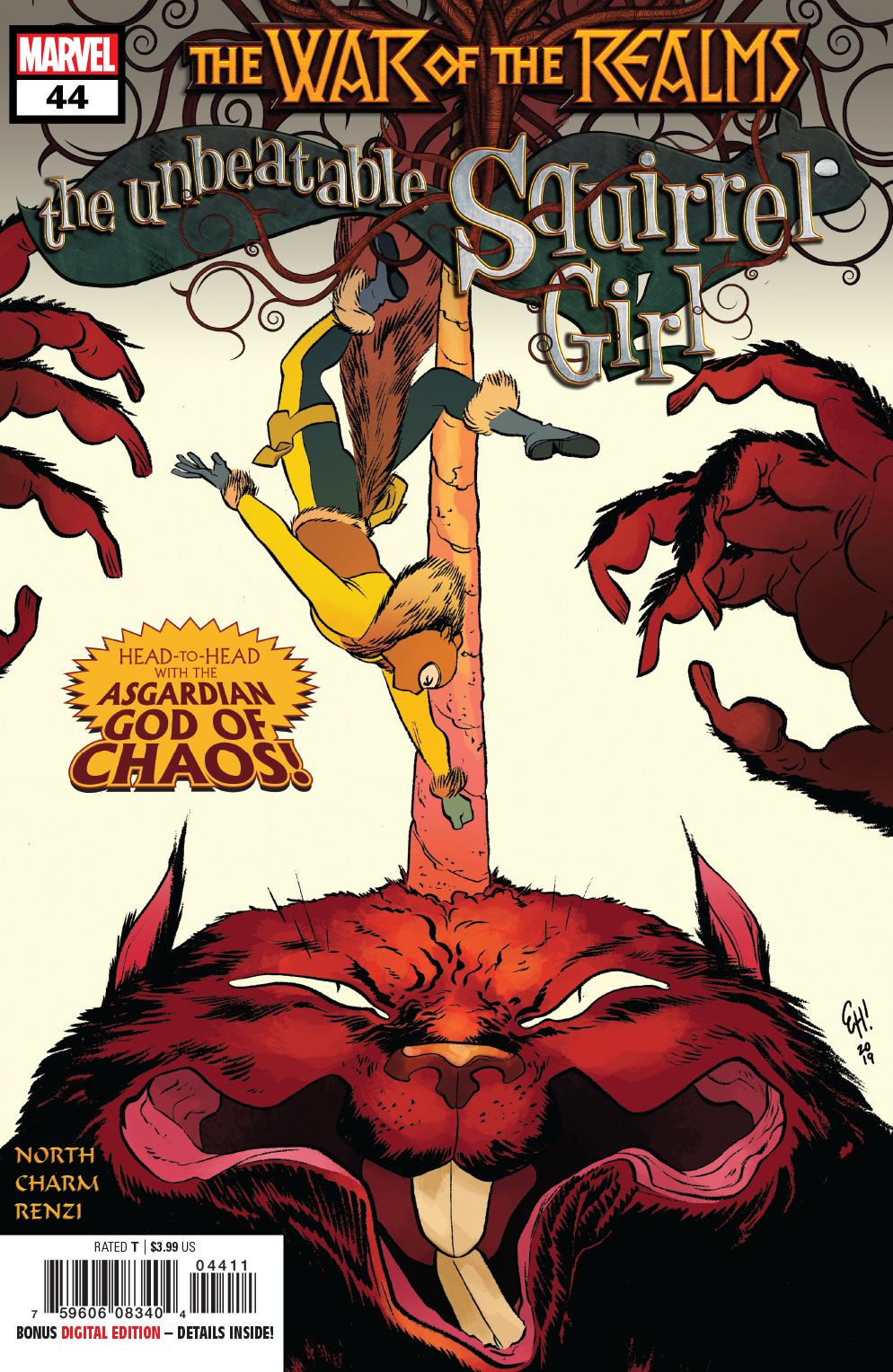 MAR190819
(W) Ryan North (A) Derek Charm (CA) Erica Henderson
WAR OF THE REALMS TIE-IN!
•  The other nine realms have fallen, Earth is under attack and the only one who can save us is DOREEN GREEN, A.K.A. THE UNBEATABLE SQUIRREL GIRL.
•  So that's terrific. We're in great hands and don't need to worry at all! Phew.
•  Or at least we would be, if it weren't for the complicating factor of an ancient Asgardian Squirrel Chaos God who's decided she wants to be...FRIENDS??
•  In this issue, Squirrel Girl and Ratatoskr fight Frost Giants...and their unspoken assumptions about each other!
•  This arc is a "WAR OF THE REALMS" TIE-IN, but it's also an awesome stand-alone story that you don't need to be reading all the other comics to get!
•  Don't tell Marvel.
Rated T
In Shops: May 08, 2019
SRP: $3.99
View All Items In This Series