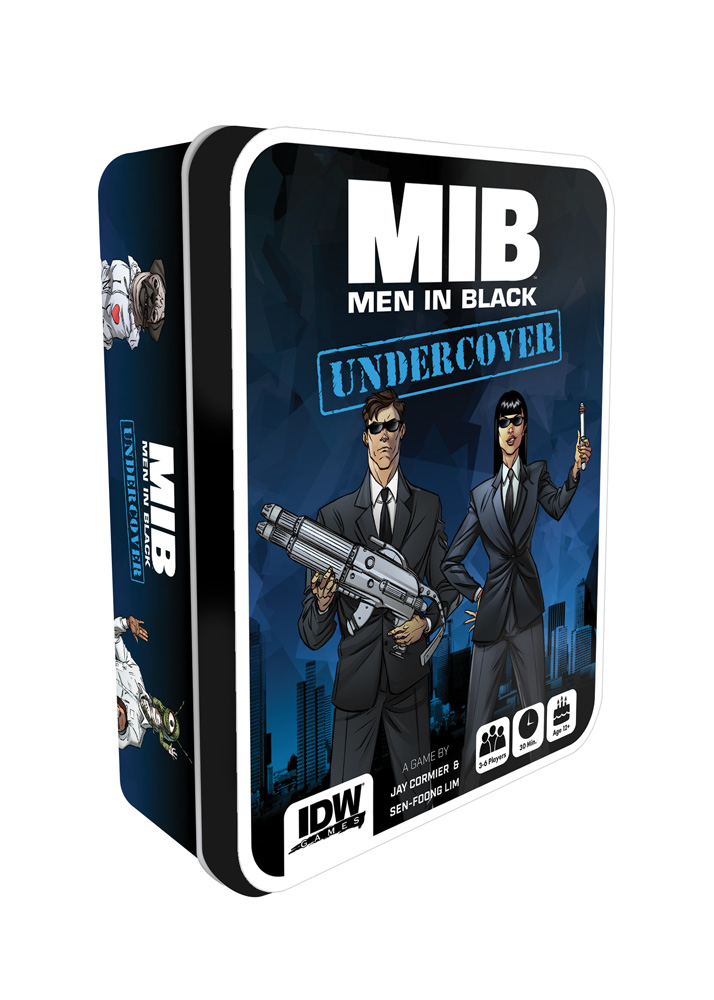 MAR190754
(W) Jay Cormier, Sen-Foong Lim (A) Dan Schoening
Aliens exist! In Men In Black: Undercover, you'll join one of three groups: the Men In Black, who work to hide aliens, the Shadow Government, who seek to capture and weaponize aliens, and the Conspiracy Theorists, who try to expose alien life. Join a side and influence the aliens to join your cause, but don't reveal your true intentions-you'll need to stay Undercover to win!
3-6 players o Playable from ages 12+ o 30 minutes

Recruit various aliens to your faction's cause by playing influence cards.
Target unique aliens to gain advantages over other players in your own faction.
Uncover your opponents' faction affiliations while hiding your own.
In Shops: Jul 10, 2019
SRP: $19.99