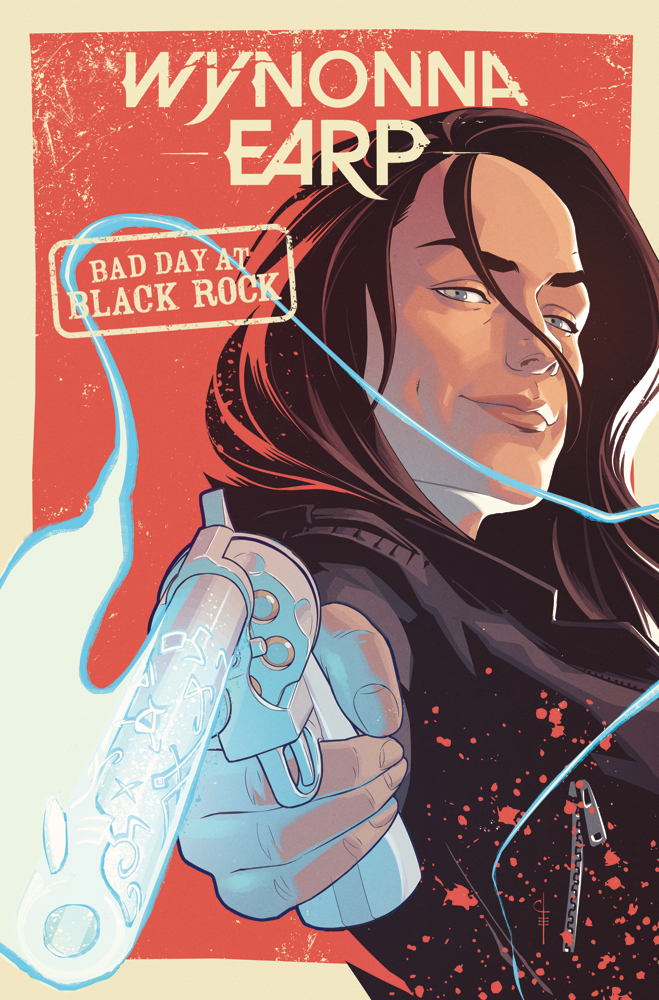 MAR190734
(W) Beau Smith, Tim Rozon (A/CA) Chris Evenhuis
There's a prison break at Black Rock and it's a family affair! Wynonna Earp, descendant of the legendary gunslinger Wyatt Earp, and her whole family are members of the U.S. Marshals Black Badge Division-a unit dedicated to protecting the world from all things that go bump in the night. Two of their greatest assets in the fight against evil are the Division's relative secrecy and Black Rock Prison, the only facility capable of holding major paranormal threats, and both were just exposed. That means it's time for Bobo Del Rey, Wynonna's old enemy, to step up his plans on a breakout to free his brother. It's family against family as the Earp clan and the Del Reys go head-to-head in a rip-roaring, knock-down, drag out fight to escape the Bad Day at Black Rock.