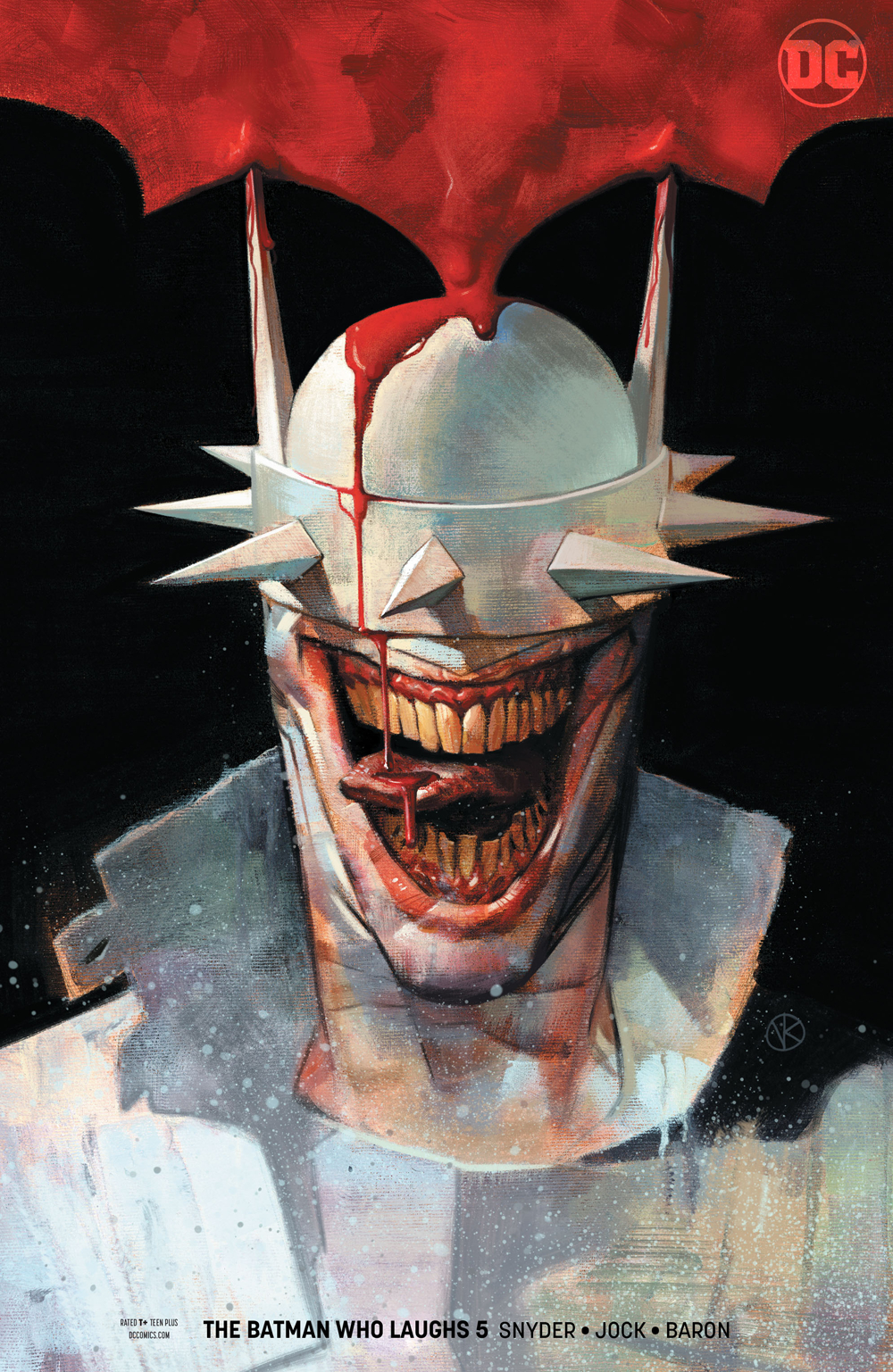 MAR190496
(W) Scott Snyder (A) Jock (CA) Viktor Kalvachev
It's a battle to the death as Batman goes head-to-head with the Grim Knight! The Caped Crusader is forced to not only fight off the most evil version of himself, but the growing desire to turn his back on his moral code and commit cold-blooded murder. Any other time, Batman would be able to stay on the straight and narrow, but as the Joker serum finally takes over his body, Bruce Wayne may just succumb to pure evil, and kill the Grim Knight. All of this is foreseen by the Batman Who Laughs, who has been planning for the corruption of Bruce Wayne, banking on him activating the "Last Laugh" protocol and turning Gotham City into an incubator for evil. All the Batman Who Laughs needs is one last "Happy Bruce" from another dimension to make his serum work...but only Batman knows where the last Bruce is going to show up.
In Shops: May 08, 2019
SRP: $4.99
View All Items In This Series