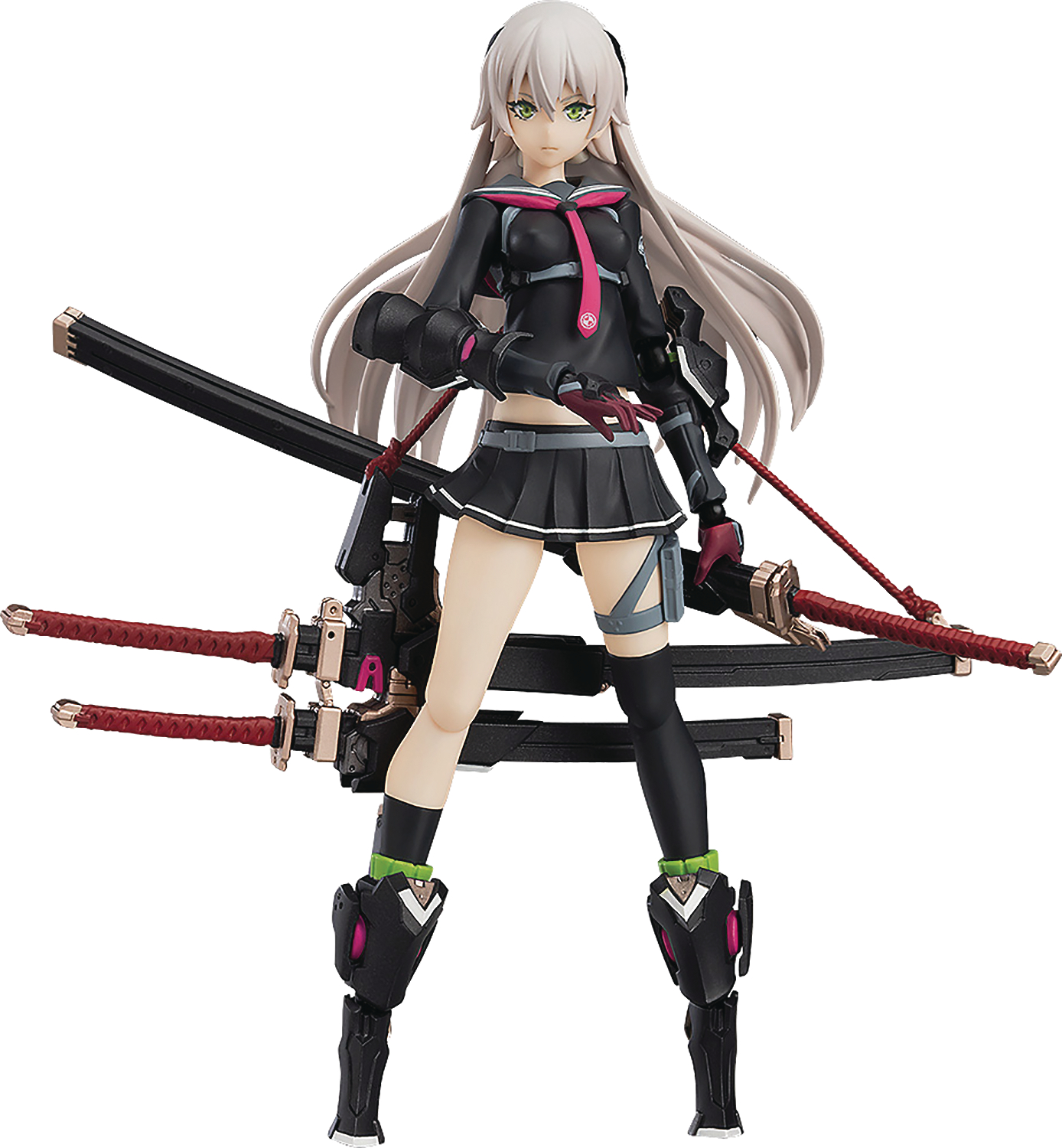 MAR188752
From Max Factory. The second in the Weapons x High School Girls x figma series! A new series based on the combined themes of weapons, high school girls and figma! The second in the series is a figma of Ichi from the Heavily Armed High School Girls illustrations released on the internet by illustrator neco! The smooth yet posable figma joints allow you to act out a variety of different scenes. She comes with two face plates including an expressionless face and a shouting expression. The original illustration has been carefully converted into figma size as faithfully as possible. The figma includes three huge swords, all of which van be sheathed in their respective sheaths. A short dagger is also included at her heel, which can also be unsheathed.