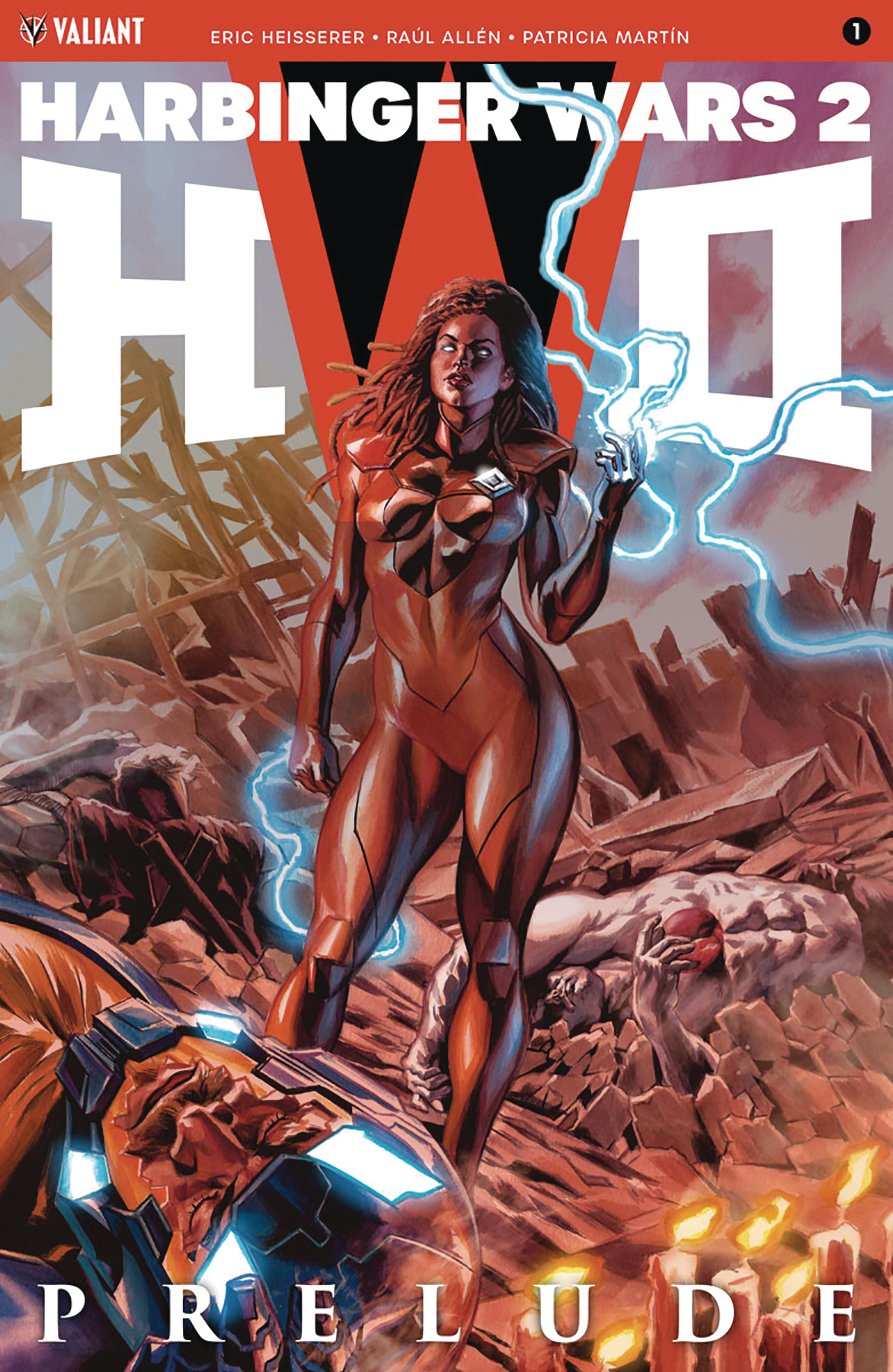 MAR181993
(W) Eric Heisserer (A) Raul Allen (CA) Felipe Massafera
The Harbinger Renegades have been scattered across America... battered by the brutal MASSACRE that decimated their ranks.
Behind them all, Livewire - leader of the Harbinger Foundation's most unusual group of SECRET WEAPONS - is about to incite the coast-to-coast clash that brings them all together in an inescapable collision of power.
Pushed to the brink by the government she once served, Toyo Harada's former star pupil is about to make an irreversible decision... and deactivate America's power supply in a last-ditch bid to save the extraordinary individuals called "psiots" from extinction. As a nation goes dark, the paths of our world's most powerful heroes will soon converge...and the stage will be set for the most cataclysmic confrontation in the history of the Valiant Universe!
Witness the ground-zero moment for the future of the Valiant Universe with a startling, self-contained prelude to HARBINGER WARS 2 - and the perfect introduction to all of Valiant's biggest icons from one of the most acclaimed creative teams in comics today!
In Shops: May 02, 2018
SRP: $3.99
View All Items In This Series
ORDER WISH LIST