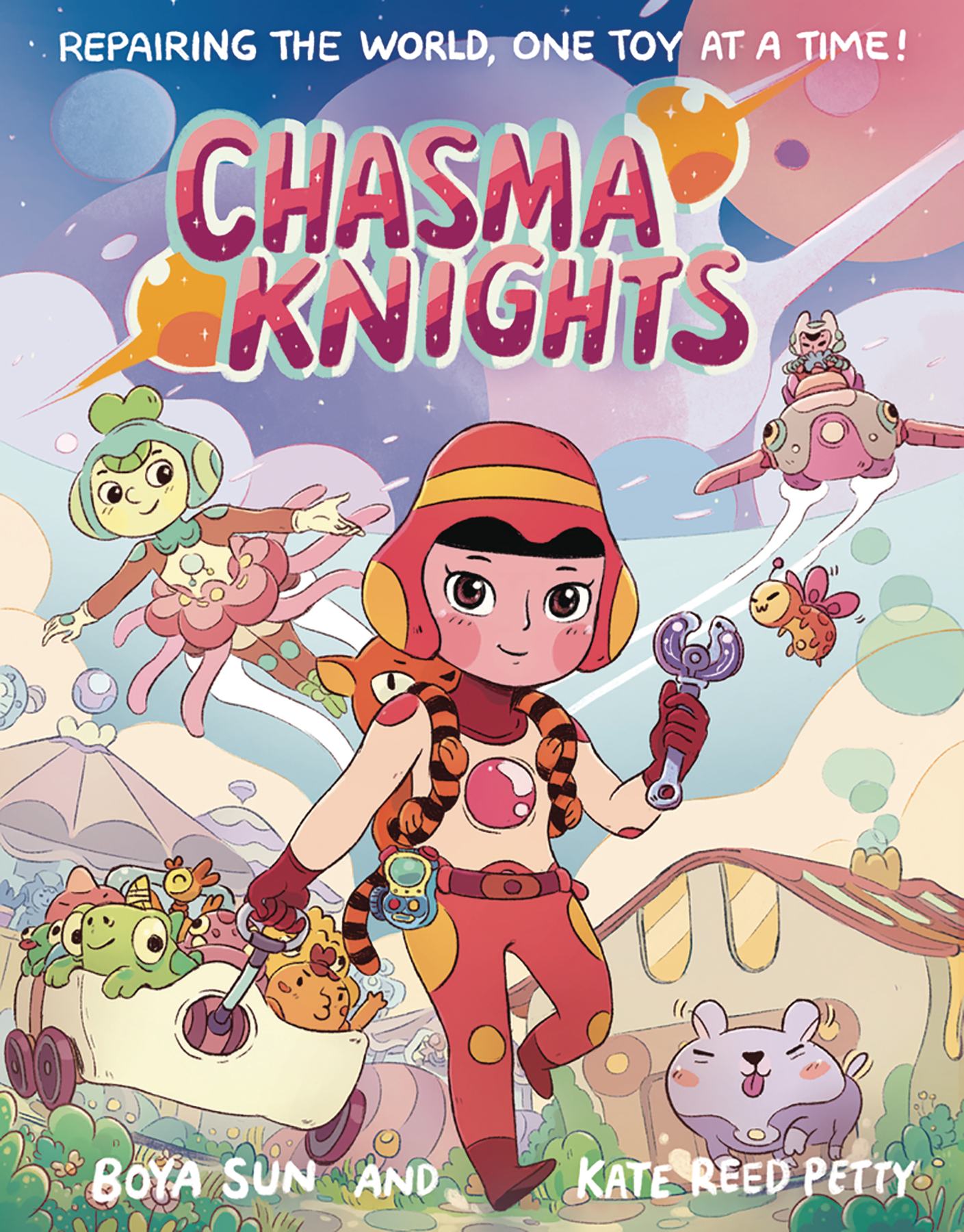 MAR181663
(W) Kate Reed Petty (A/CA) Boya Sun
In the realm of Chasma, everyone is obsessed with the latest magical gadgets, but two unlikely friends are trying to make something new from the discarded toys. Beryl lives in a world full of toys. But these aren't your ordinary toys; they're mechanical marvels that almost seem alive! And at the slightest touch, these toys "catalyze," that is, they merge with their owner and give them special abilities. But not Beryl. She's a Neon Knight, and Neon Knights can't catalyze. Beryl does have a special ability that no one knows about-she's an inventor who can turn a broken toy into an amazing, new creation. When a powerful Oxygen Knight named Coro discovers Beryl's secret workshop, she wants in on the fun. But can a Neon Knight and an Oxygen Knight ever get along?
In Shops: May 02, 2018
SRP: $17.99
View All Items In This Series