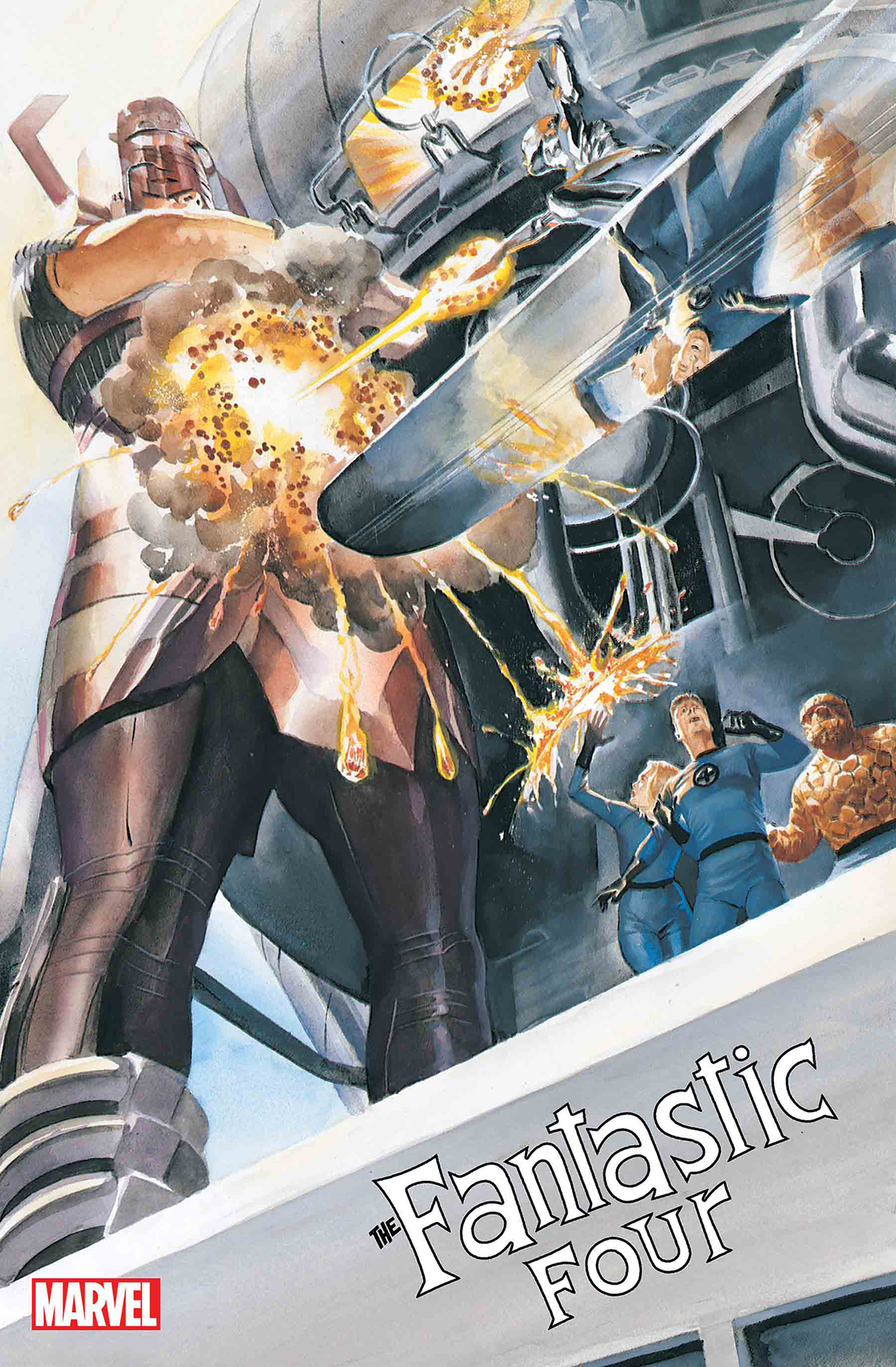 MAR180974
(W) Stan Lee (A) Jack Kirby, Joe Quesada (CA) Alex Ross
PRESENTED IN MONSTER-SIZE FORMAT!
The Fantastic Four take on Galactus in one cosmically oversized hardcover! First, Stan Lee and Jack Kirby introduce the World-Eater and his enigmatic herald, the Silver Surfer, as they come for Earth in one of the greatest comic book sagas ever told! Next, Stan and Jack bring big G back - but what does he want this time? The answer lies in the Microverse! John Buscema's powerful pencils illustrate the arrival of new herald Gabriel the Air-Walker, signaling doom for the human race! Then, John Byrne takes over as Terrax leads the Devourer back to Earth - and the entire Marvel Universe pitches in to help the FF save the planet from becoming his next meal! With Kirby, Buscema and Byrne art showcased on enormous pages, Galactus has never looked bigger - or better! Collecting FANTASTIC FOUR (1961) #48-50, #74-77, #120-123 and #242-244.
Rated T+
Trim size: 13-41/64" x 21-1/4"
In Shops: Aug 29, 2018
SRP: $50.00
ORDER WISH LIST