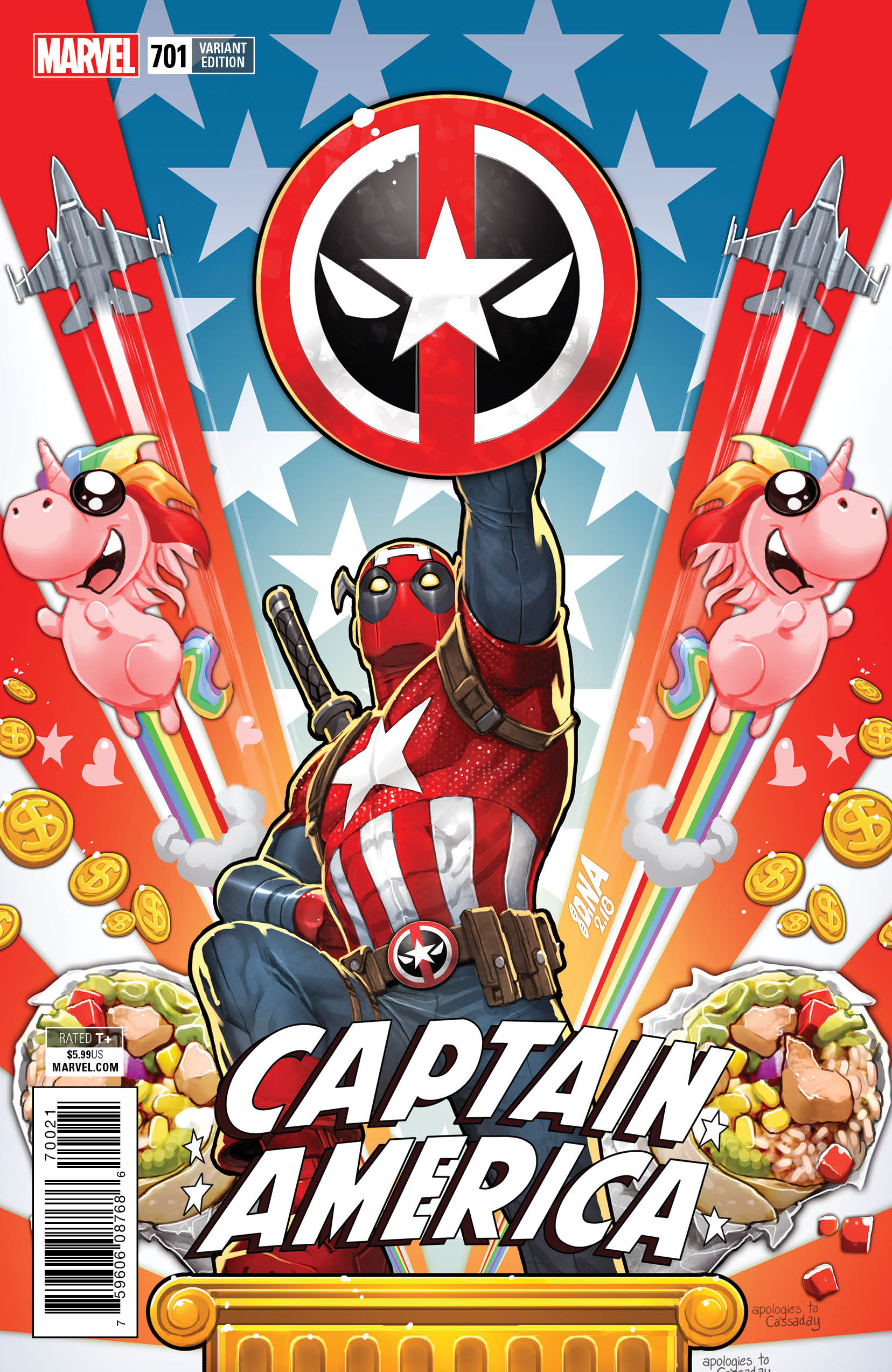 MAR180857
(W) Mark Waid (A) Leonardo Romero, J. G. Jones, Adam Hughes (CA) David Nakayama
PROMISED LAND Part 1
The year is 2314, and the grandson of Steve Rogers lives in the utopian America of which his ancestor dreamed. The legacy of Captain America has been realized - but something sinister lies beneath the surface! Leonardo Romero (HAWKEYE) joins Mark Waid for this very special look into the tomorrow of Captain America, featuring guest contributions from notable artists past and present!
Rated T+
In Shops: May 02, 2018
SRP: $3.99
View All Items In This Series