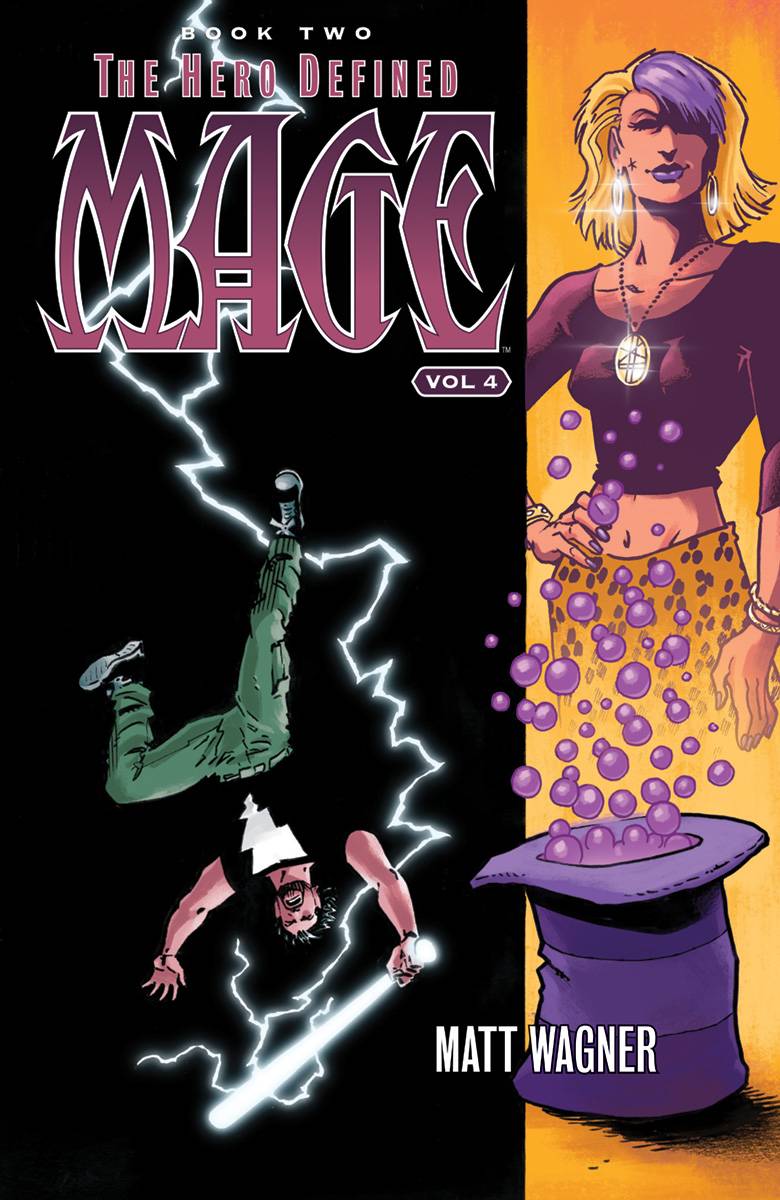 #
MAR180710
(W) Matt Wagner (A/CA) Matt Wagner
The fourth of six volumes collecting MATT WAGNER's epic, modern-day fantasy trilogy, MAGE, BOOK TWO: THE HERO DEFINED continues the saga of the reborn Pendragon, Kevin Matchstick. Pursuing their common goal of confronting and defeating the world's hidden supernatural threats, Kevin and his companions Joe Phat and Kirby Hero find themselves drawn northward by mystical forces they don't understand. Trailed by the persistent but befuddled Wally Ut, Kevin finds himself tested by his assumptions of leadership and clarity of purpose. Still hidden from our heroes, dark and familiar forces conspire to drain Kevin's own power...and turn it against him! MATT WAGNER's classic epic of comics fantasy was at the vanguard of the independent comics scene and continues to be an inspiration for many contemporary creators, longtime fans, and new readers alike. An essential part of any comics library, the final part of the trilogy returns in June with MAGE: THE HERO DENIED #9.