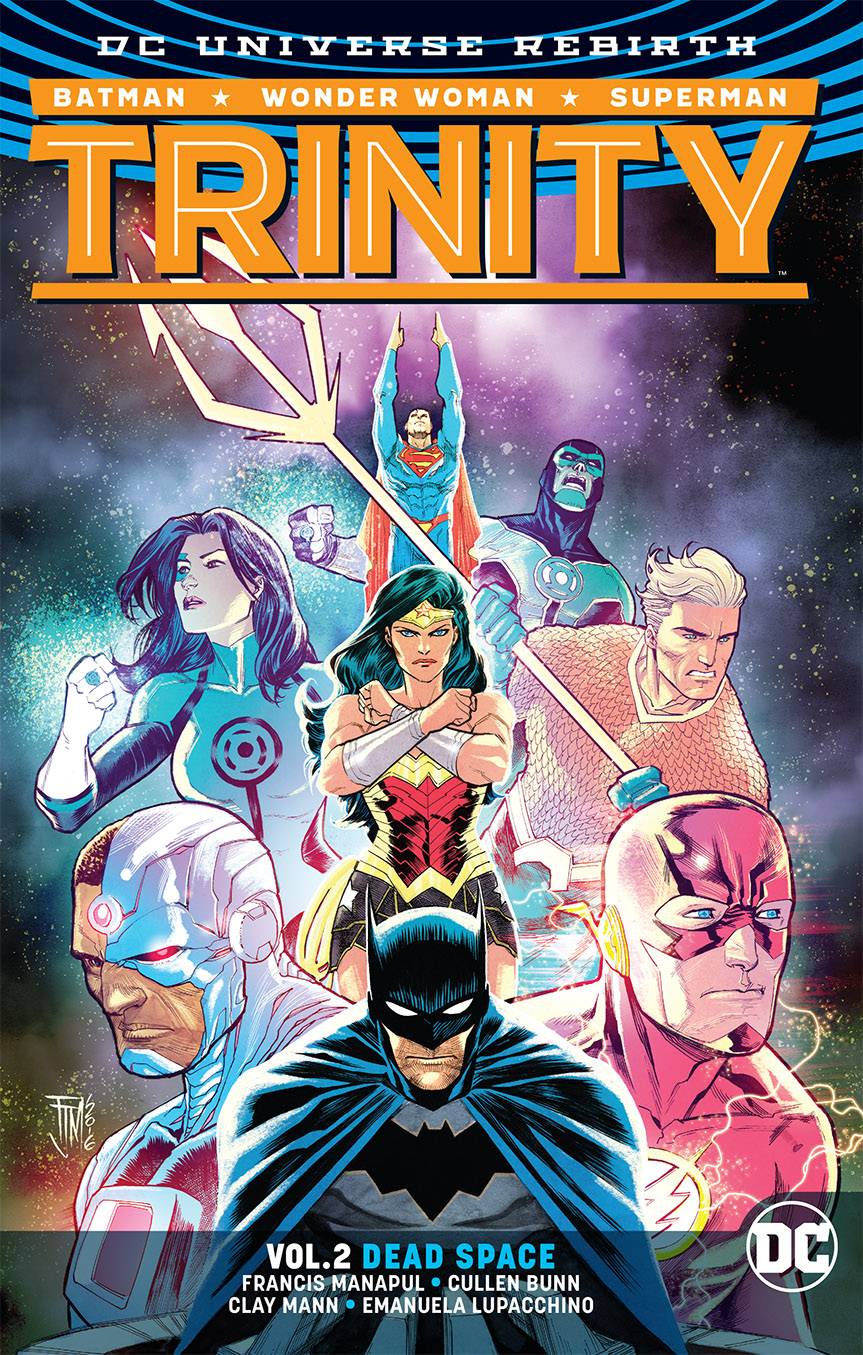 #
MAR180357
(W) Francis Manapul, Cullen Bunn (A) Clay Mann, Miguel Mendonca, Emanuela Lupacchino, Ray McCarthy, Scott Hanna, Scott Godlewski, Johnny Desjardins (A/CA) Francis Manapul
Batman, Superman and Wonder Woman-the superheroes known as the Trinity-have gone through a lot in the aftermath of the DC Rebirth epic event. But now the bonds of their friendship are tested like never before, as they must let their closest allies die in order to save the world!

An emergency summons to the Justice League Watchtower puts the icons face-to-face with an unexpected crisis: The other members of the League have been infected with a fatal alien virus that will destroy all humankind...unless the Trinity destroys the Watchtower, and the Justice League along with it!

Plus, the revelations of "Superman Reborn" require Batman and Wonder Woman to give their all to save Superman from his doubts about his very existence; and a trinity of villains-Lex Luthor, Ra's al Ghul and Circe-concoct a scheme to use the mysterious Pandora Pits to put an end to the World's Greatest Heroes.