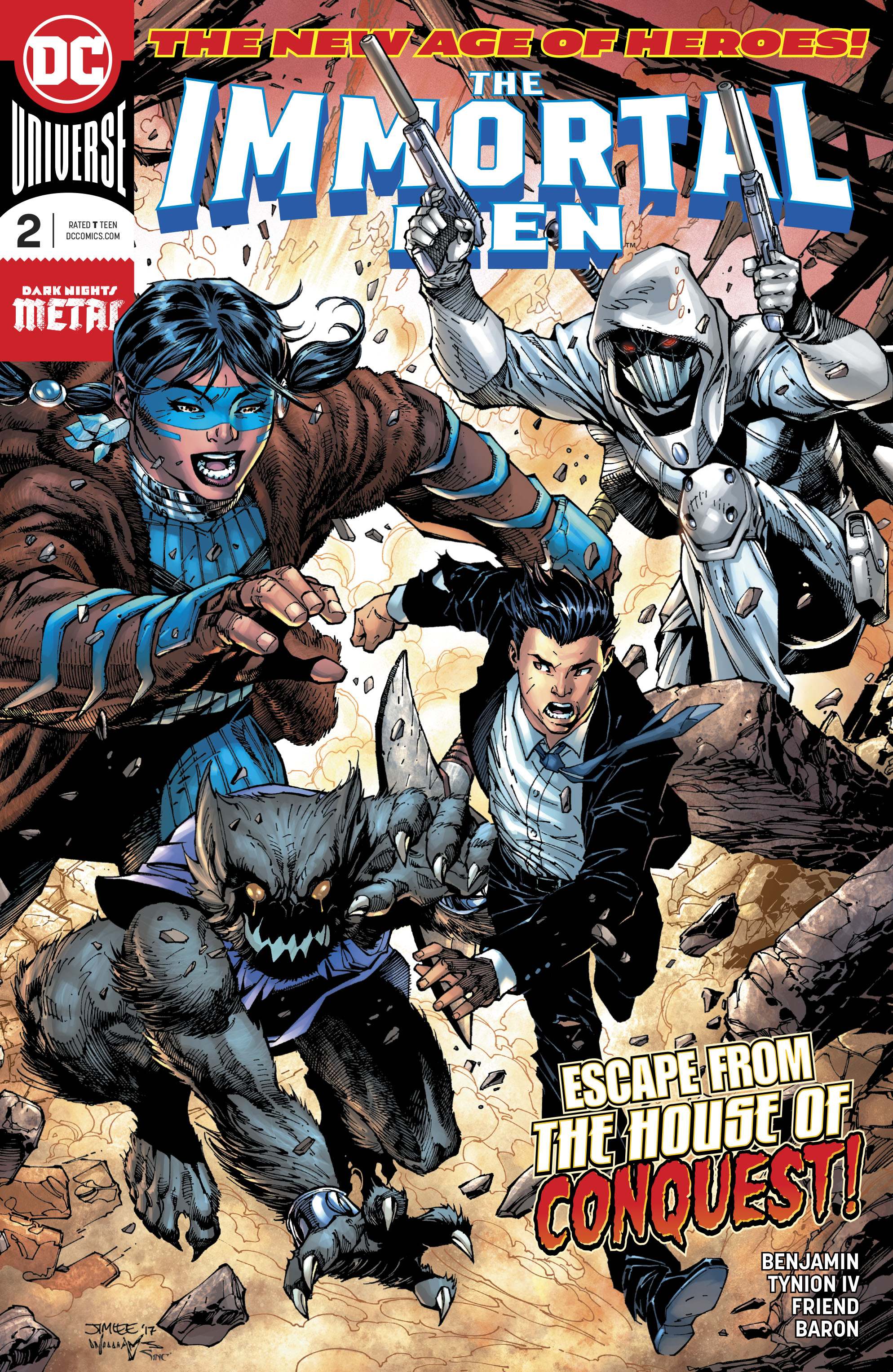 MAR180242
(W) James TynionIV (A) Ryan Benjamin, Richard Friend (CA) Jim Lee, Scott Williams
"THE END OF FOREVER" part two! Following the destruction of their base of operations, the Immortal Men find themselves on the defensive! Their only hope rests with an emerging metahuman named Caden Park-but the evil Conquest has gotten to Caden first! Will the remaining few battle-ravaged Immortal Men be able to rescue their young would-be savior? And what connection do Caden's tactile telepathic abilities have to the survival of humanity?
In Shops: May 09, 2018
SRP: $2.99
View All Items In This Series