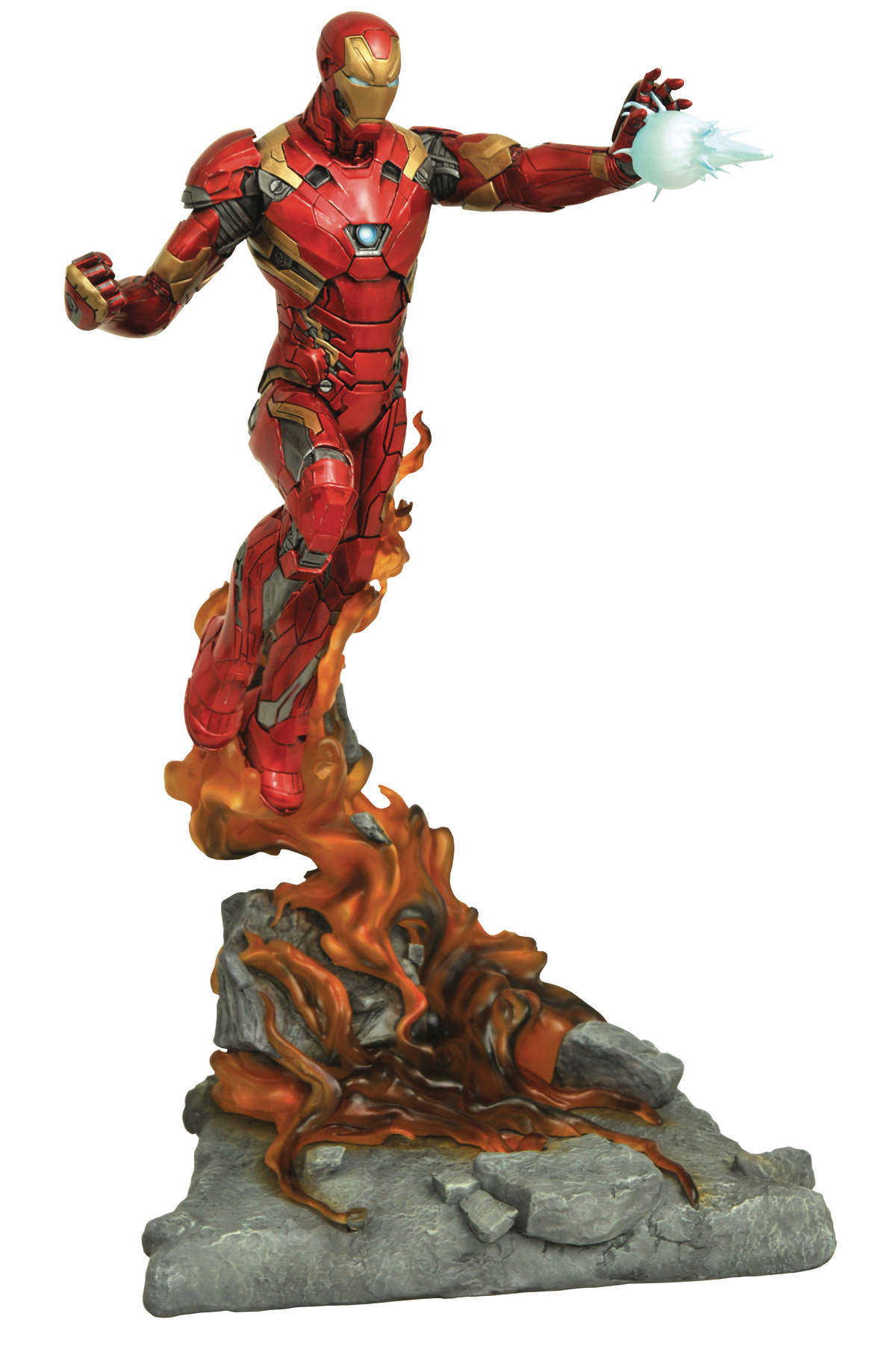 MAR172719
A Diamond Select Toys release! Another Milestone has been met! The second statue in the relaunched Marvel Milestones series is of Iron Man, as he appears in Captain America: Civil War! Rising into the sky on his bootjets out of a cloud of smoke and rubble, the Mark 46 armor unleashes a repulsor blast at a target! Pair it with the upcoming Captain America statue to form a larger scene! This approximately 21" resin statue is limited to only 3,000 pieces, and comes packaged in a full-color box with a certificate of authenticity. Sculpted by Gentle Giant Studios!
In Shops: Dec 13, 2017
SRP: $199.99
ORDER WISH LIST