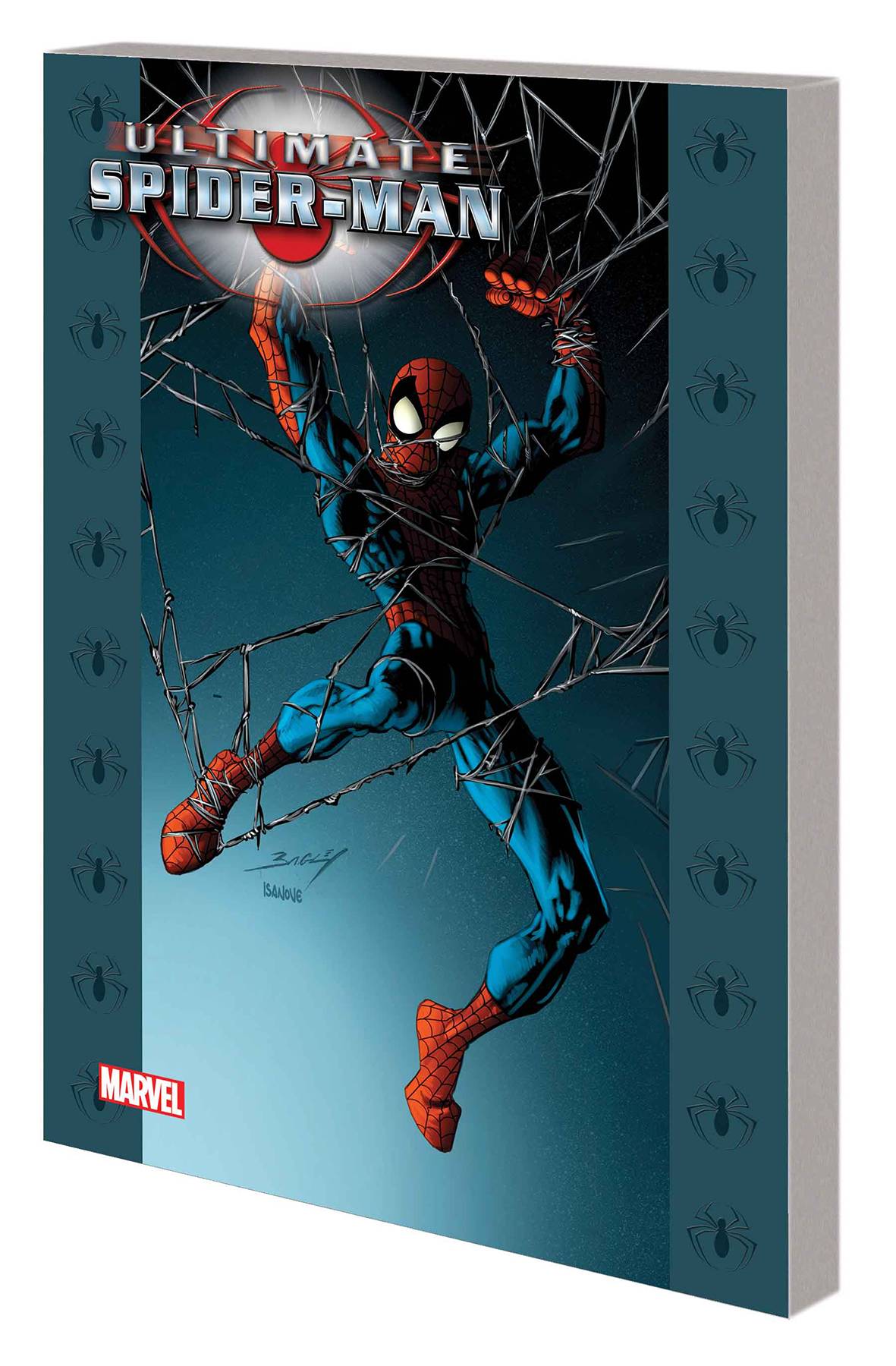 #
MAR171168
(W) Brian Michael Bendis (A/CA) Mark Bagley
The record-breaking run of Bendis and Bagley continues! Ultimate Hobgoblin makes his terrifying debut as Harry Osborn returns to Midtown High, harboring a dark secret that will affect the lives of all those around him - especially his best friend, Peter Parker. But where does Harry's father - Norman Osborn, a.k.a. the Green Goblin - fit into all this? Then, the gang war to end all gang wars begins, when a retreat by the Kingpin opens up a power vacuum to be filled by the hard-hitting Hammerhead! To put these underworld titans out of business once and for all will take a group of Ultimate warriors, including Daredevil and Moon Knight! Spidey thinks he's had trouble before, but nothing has ever made him declare "Peter Parker no more" - until now! Collecting ULTIMATE SPIDER-MAN (2000) #72-85.
Rated T
In Shops: May 31, 2017
SRP: $34.99
View All Items In This Series