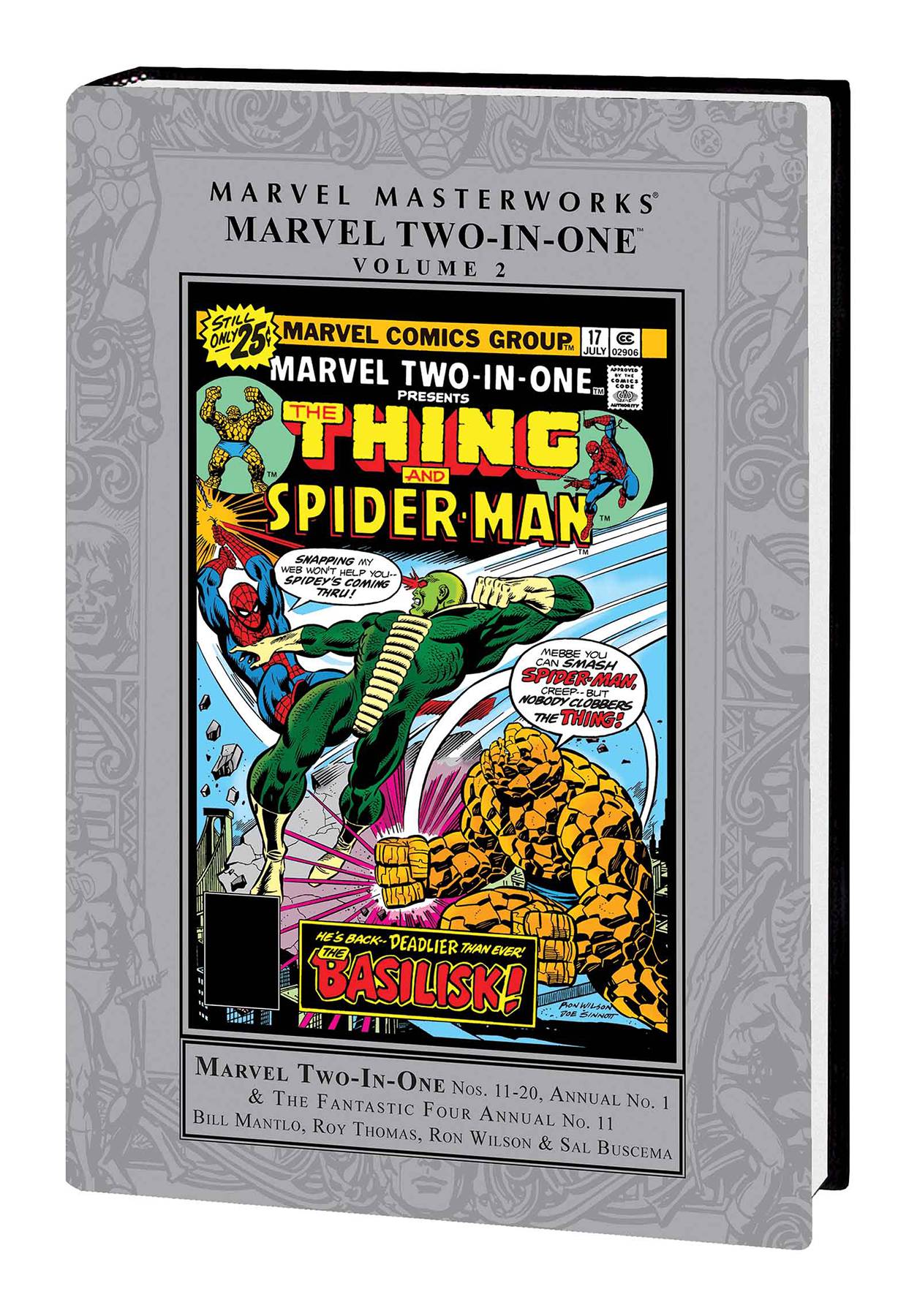 #
MAR171141
(W) Various (A) Various (CA) Arvell M. Jones
Whether it's heroes looking to team up or villains trying to test their mettle, everybody loves an adventure with the ever-lovin' blue-eyed Thing! And we have no doubt you'll love the adventures this volume has in store. With Luke Cage, the Thing fights the giant monster Braggadoom! With Iron Man, he encounters the mythical hero Prester John! With the Golem, Son of Satan and the Scarecrow, murderous demons are conjured! With Morbius, it's the return of the Living Eraser; with Ka-Zar, he lays a knuckle sandwich on a T. rex; with Spider-Man, it's a MTIO/MTU crossover classic - and with the FF, the Invaders and the Liberty Legion, the Thing travels back in time to World War II to battle the Third Reich! Collecting MARVEL TWO-IN-ONE (1974) #11-20 and ANNUAL #1, MARVEL TEAM-UP (1972) #47 and FANTASTIC FOUR ANNUAL #11.
Rated T
In Shops: Sep 13, 2017
SRP: $75.00
View All Items In This Series
ORDER SUBSCRIBE WISH LIST