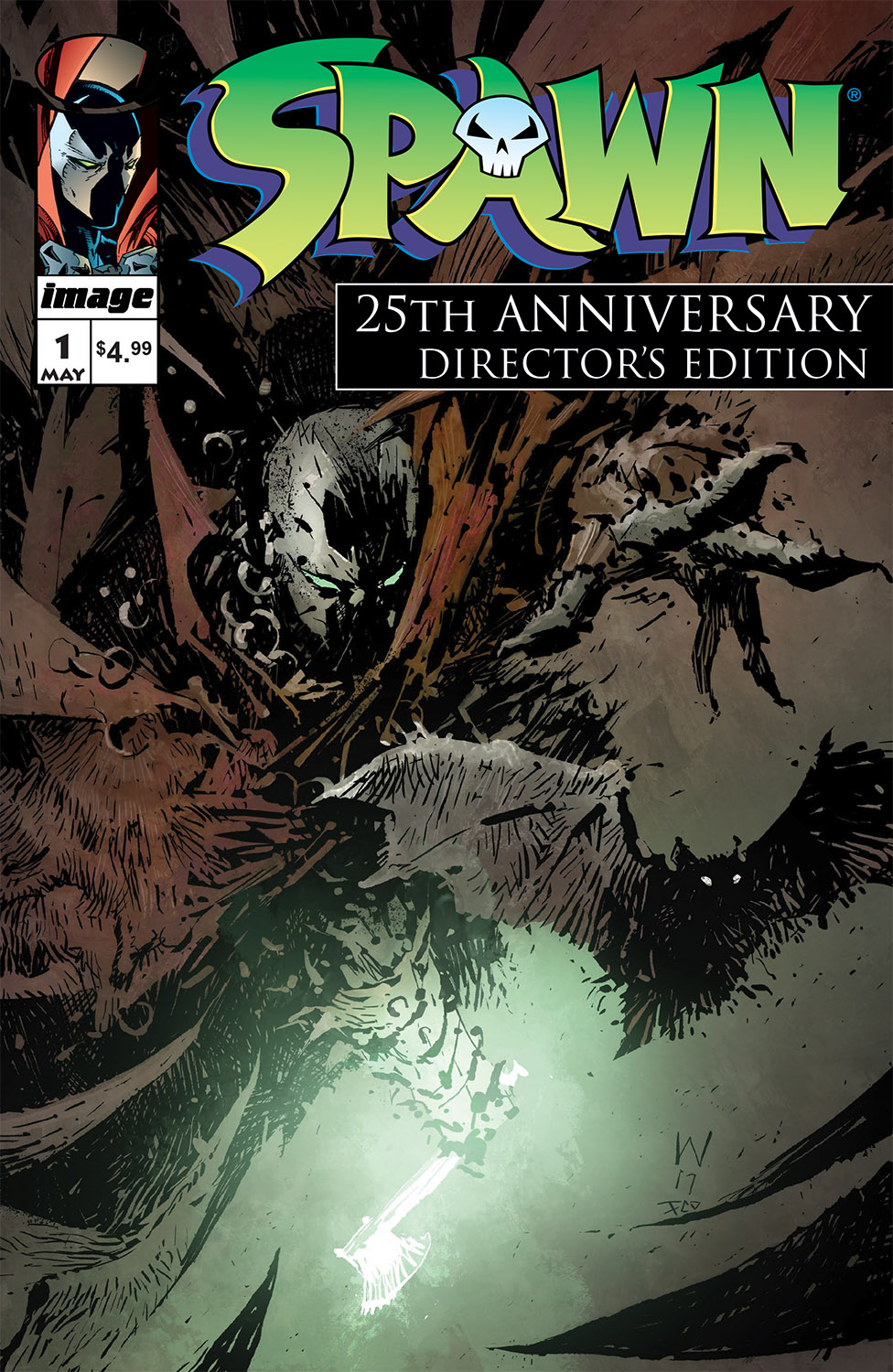 MAR170645
(W) Todd McFarlane (A) Todd McFarlane (CA) Ashley Wood
2017 marks the 25th anniversary of SPAWN, created by TODD McFARLANE. Spawn debuted to the public, selling 1.7 million copies in 1992 and is on track to be the longest running independent comic ever.

Director's Cut edition of SPAWN #1 includes:
• Original SPAWN #1 art boards
• Page commentary by TODD McFARLANE.
• Vintage surprises from the early days of SPAWN
In Shops: May 17, 2017
SRP: $4.99
View All Items In This Series