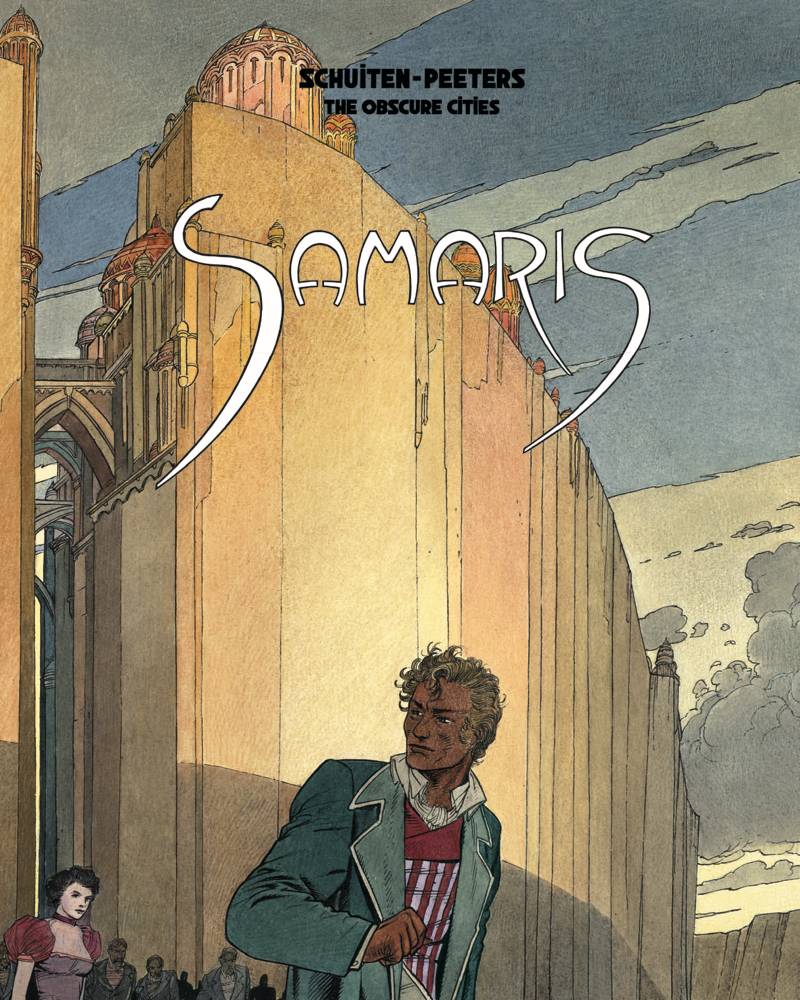 #
MAR170626
(W) Benoit Peeters (A/CA) Francois Schuiten
Samaris is the first volume of the chronicles of The Obscure Cities, published as a graphic novel in 1983 in French and published for the first time in English in 1987 as The Great Walls of Samaris.

This edition, marking the 30th anniversary of the original English language publication, features an expanded main story, an all-new creator-approved translation, and new coloring. The book also contains the never before published-in-English "THE MYSTERIES OF PAHRY," a THE OBSCURE CITIES story, originally published in four parts, three in the French comics magazine, A Suivre, from 1987 through 1989, and in the December 1994 issue of Macadam-plus.
In Shops: Oct 04, 2017
SRP: $19.99