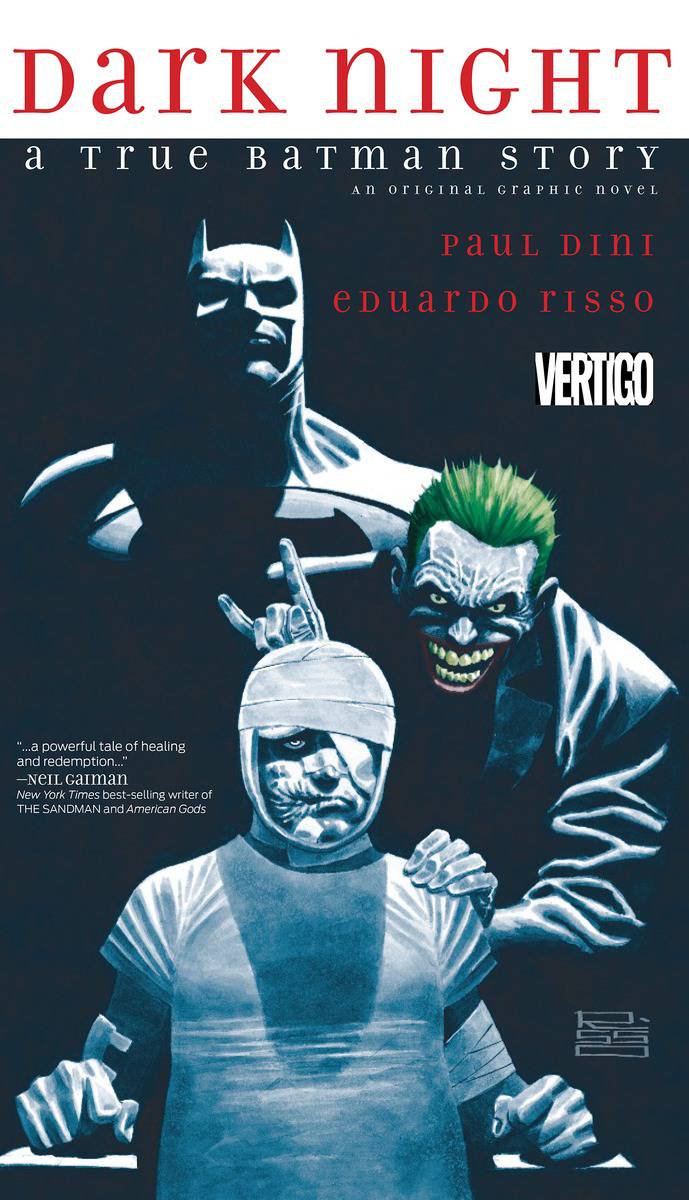 #
MAR170445
(W) Paul Dini (A/CA) Eduardo Risso
The Caped Crusader has been an icon of justice and authority for generations. But in this surprising original graphic novel, now in trade paperback for the first time, we see Batman in a new light-as the savior who helps a discouraged man recover from a brutal attack that left him unable to face the world.
In the 1990s, Eisner Award-winning writer Paul Dini had a flourishing career writing the hugely popular Batman: The Animated Series and Tiny Toon Adventures. Walking home one evening, he was jumped and viciously beaten to within an inch of his life. His recovery process was arduous, hampered by the imagined antics of the villains he was writing for television, including The Joker, Harley Quinn and the Penguin. But Dini also always imagined the Batman at his side during his darkest moments.
DARK NIGHT: A TRUE BATMAN STORY is the harrowing and eloquent autobiographical tale of Dini's courageous struggle to overcome a desperate situation. It is a Batman story like none other and one that will truly resonate with fans, with art by Eduardo Risso (100 BULLETS).
MATURE READERS
In Shops: Jun 28, 2017
SRP: $16.99
ORDER WISH LIST