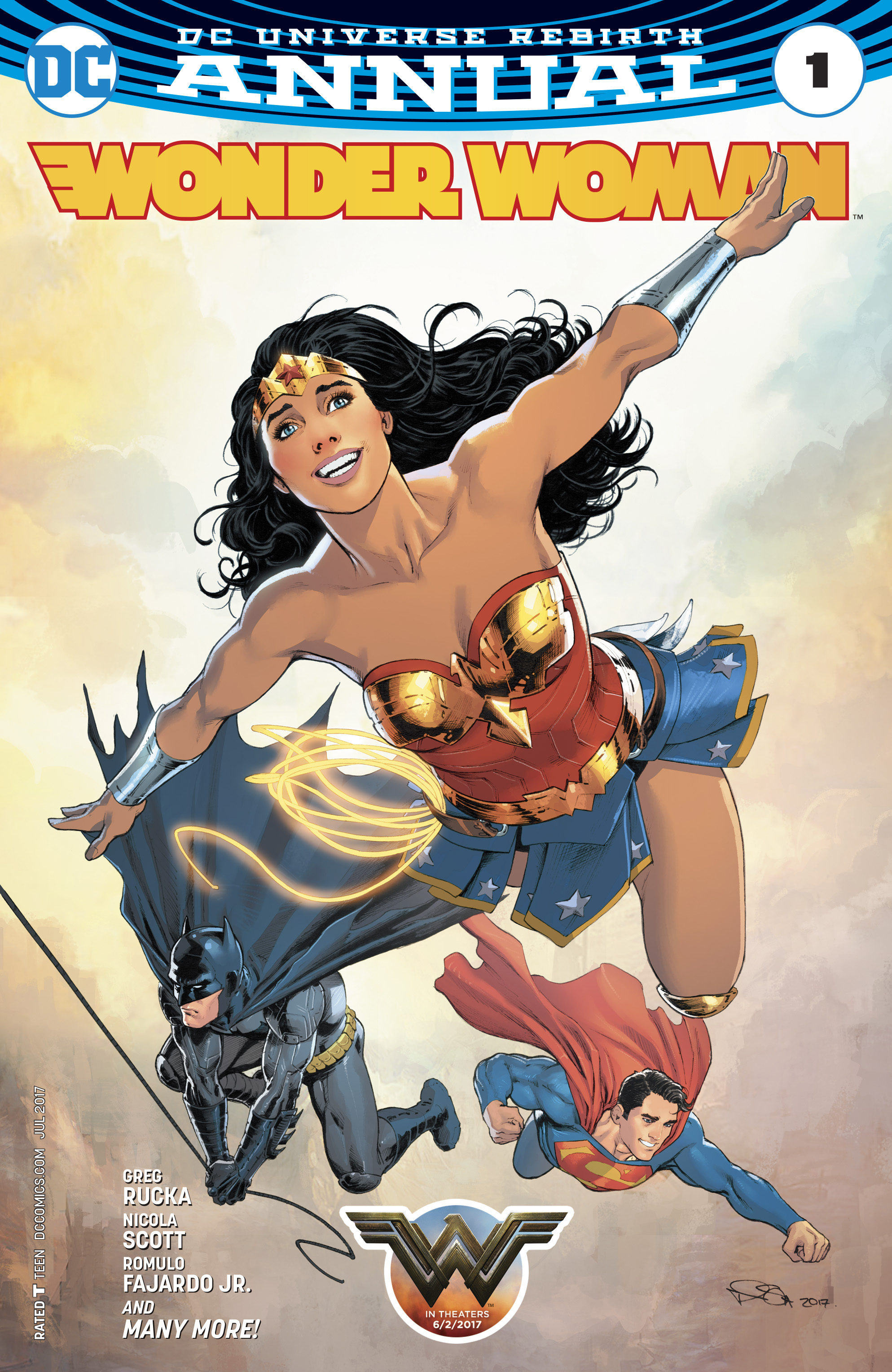 First, in the days after "Year One," Diana comes face to face with Superman and Batman for the first time in a story by writer Greg Rucka and artist Nicola Scott.

Then, Wonder Woman has to go to the nation of Markovia and stop King Shark from being executed for a crime he did not commit in a story by writer Vita Ayala and artist Claire Roe.

In the third story, an old ally of Steve Trevor's has summoned Wonder Woman to his village to save it from his cursed monster form. This story is written by Michael Moreci with art by Stephanie Hans.

And in this annual's final tale, Wonder Woman assists A.R.G.U.S in bringing down a large Kaiju monster that's on its way to the American coastline but will Wonder Woman change alliances once the monster starts speaking a language she understands? This story is written by Collin Kelly and Jackson Lanzing with art by David Lafuente

RATED T
Includes a code for a free digital download of this issue.
In Shops: May 31, 2017
SRP: $4.99
View All Items In This Series
ORDER SUBSCRIBE WISH LIST