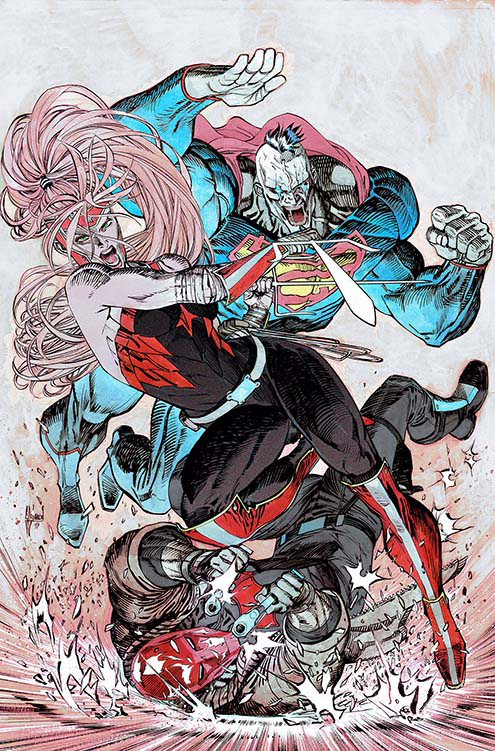 MAR170323
(W) Scott Lobdell (A) Dexter Soy (CA) Guillem March
"Who is Artemis?" part two! After getting shot out of the sky by the Bow of Ra, the Dark Trinity finds itself stranded and separated in the war-torn country of Qurac. While Artemis squares off against her long-forgotten foe responsible for the Bow of Ra's disappearance, Bizarro comes across a group of innocent refugees looking for a savior. Meanwhile, Red Hood faces a crisis of conscience when he's forced to relive the trauma of his own death and comes face to face with his greatest enemy-himself!
RATED T+
Includes a code for a free digital download of this issue.
In Shops: May 10, 2017
SRP: $3.99
View All Items In This Series