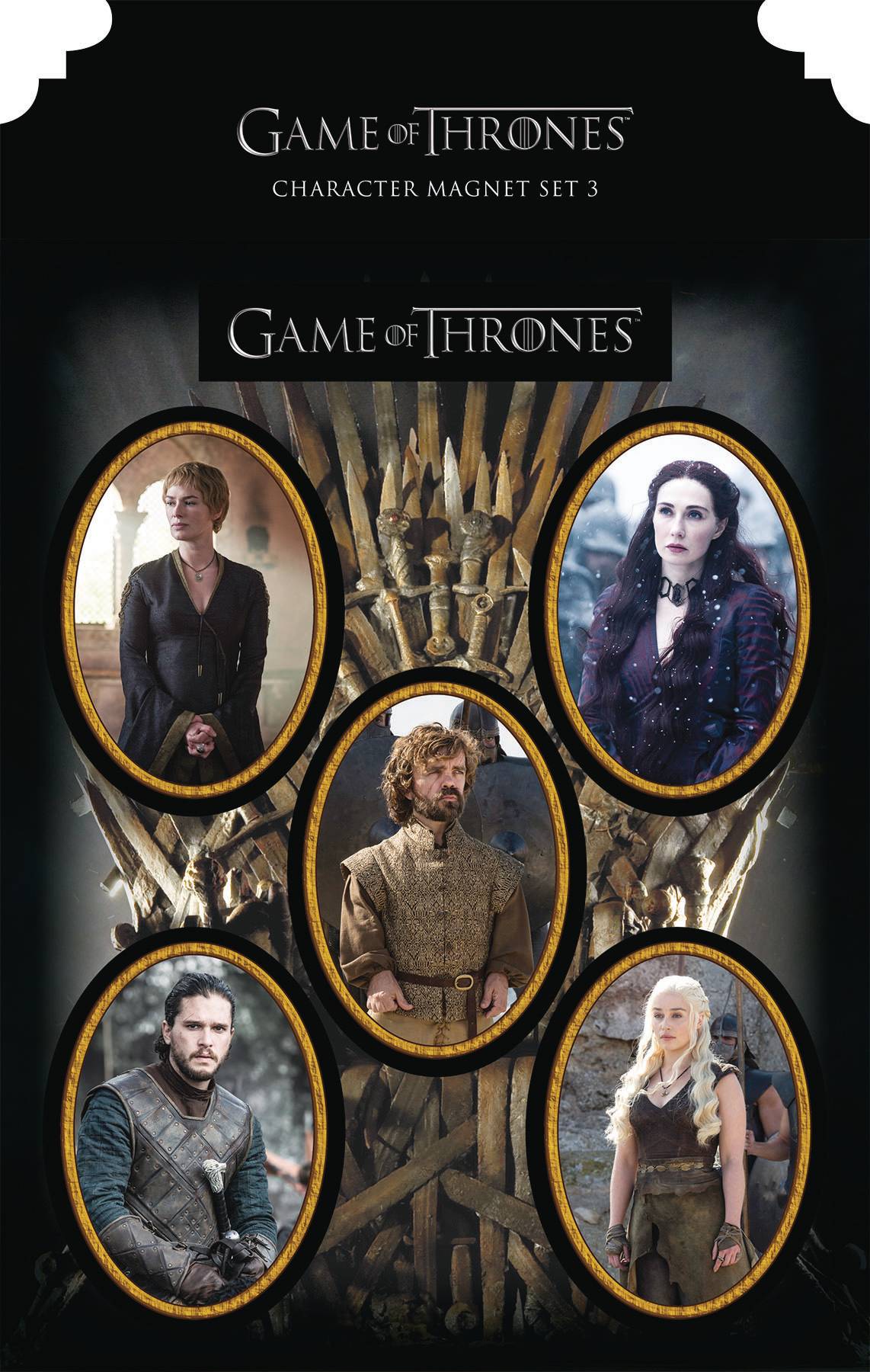 #
MAR170125
Coinciding with the debut of the penultimate season of HBO's Game of Thrones, Dark Horse Comics releases a new set of magnets based on the series! The Game of Thrones Character Magnet Set 3 includes six magnets, featuring Cersei Lannister, Tyrion Lannister, Jon Snow, Daenerys Targaryen, and Melisandre in addition to a magnet with the series logo. The war for Westeros is nearing its end, and Dark Horse's magnets are perfect for any Thrones fan!
Set is 7.75" x 10" in plastic sleeve. Includes five character magnets and a Game of Thrones logo magnet.
In Shops: Sep 06, 2017
SRP: $8.99
ORDER WISH LIST