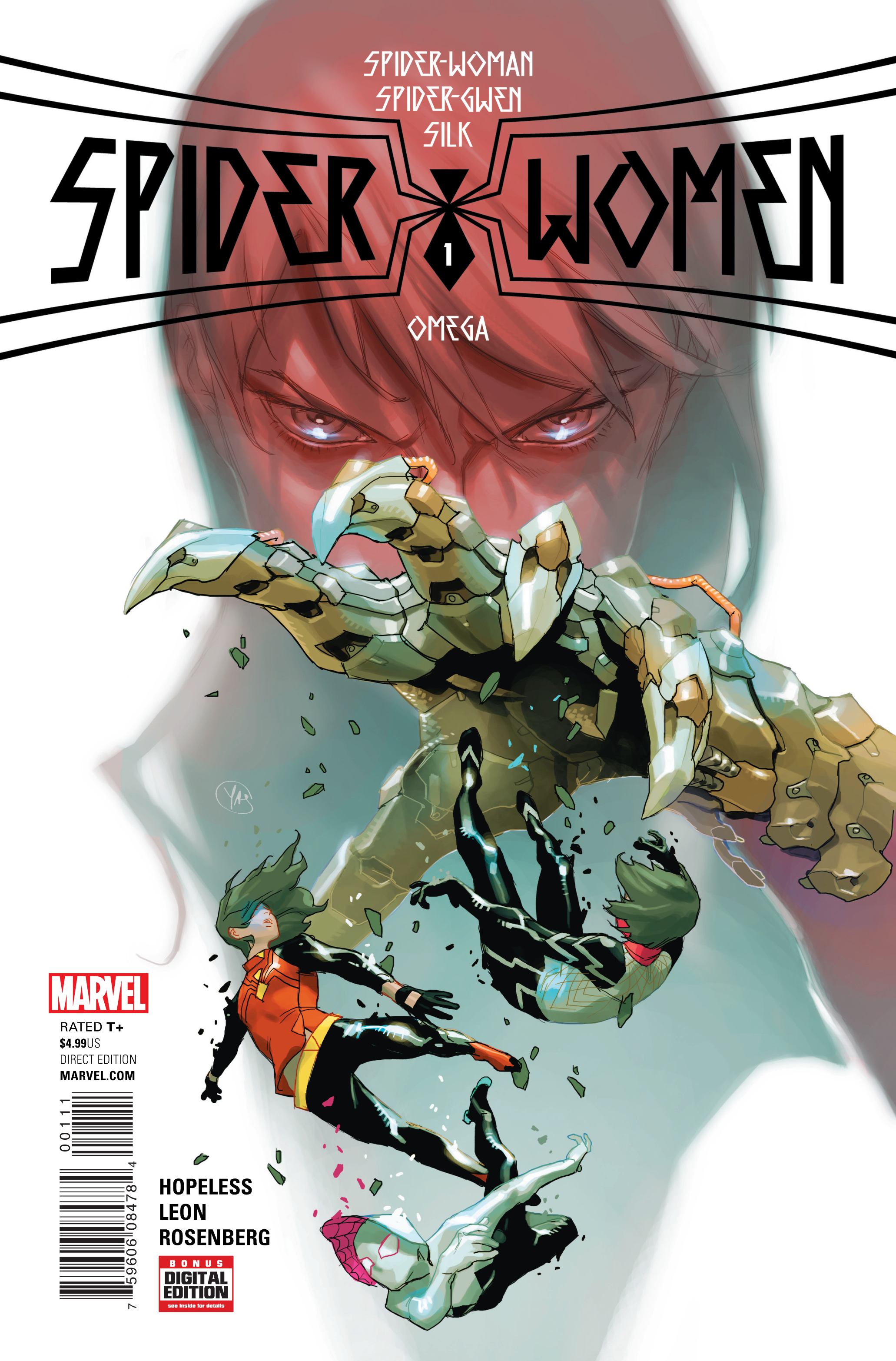 MAR160795
(W) Dennis Hopeless, Jason Latour, Robbie Thompson (A) Nico Leon (CA) Yasmin Putri
THE TITANTIC CONCLUSION TO THE SPIDER-EVENT OF 2016!
•  Silk is out of commission and Spider-Woman and Spider-Gwen return to Earth-65 for an impossible final battle.
•  They are out-gunned, out-manned, out-numbered and out-planned. But it's a fight they have to fight.
•  Don't miss this conclusion that will shake all three Spider-Women to the core!
Rated T+
In Shops: Jun 01, 2016
SRP: $4.99