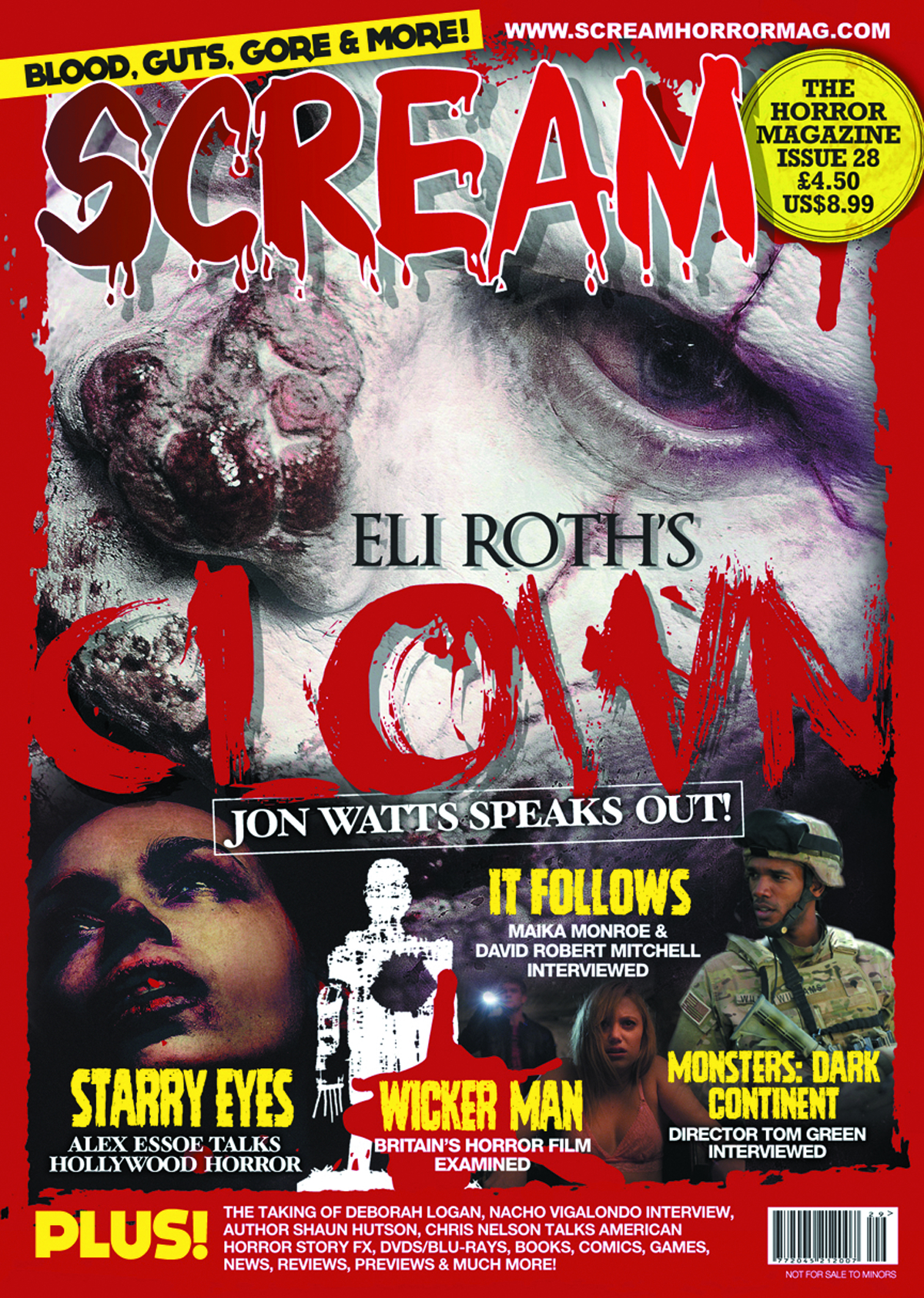 MAR151800
Scream, the full-color horror entertainment magazine sees its 30th issue packed with even more gory goodness! This issue features an exlusive look at Clown, the new film produced by Eli Roth, and the guys at Scream talk to its director, Jon Watts. There's also interviews with Tom Green about Monsters: Dark Continent; a chat with Alex Essoe about her role in Starry Eyes; actress Maika Monroe talks about her role in the spooky It Follows; filmmaker Nacho Vigalondo discusses his career in horror; and FX wizard Chris Nelson talks about his work on American Horror Story. Plus, all the usual games, media reviews, and much, much more!