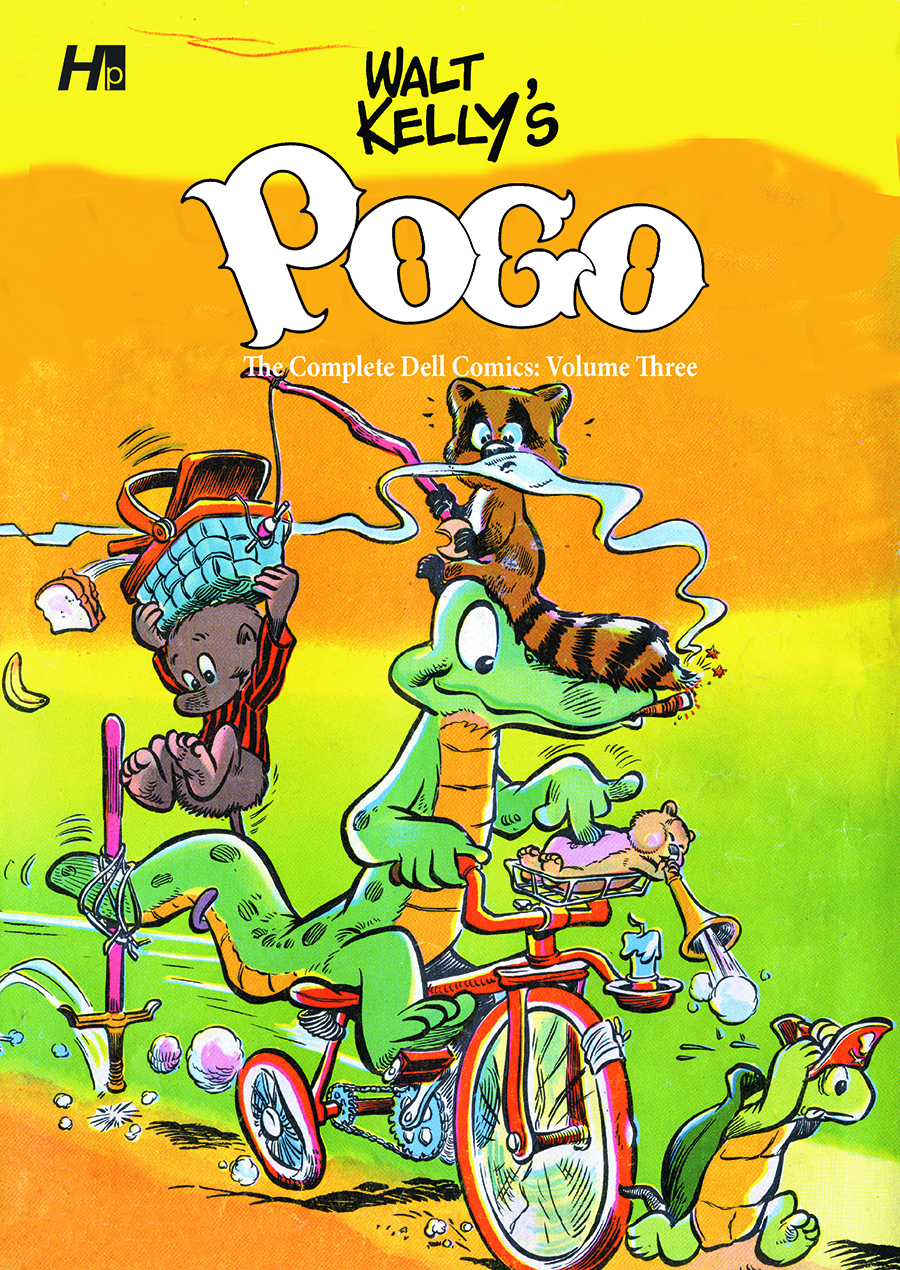 MAR151392
(W) Walt Kelly (A/CA) Walt Kelly
Walt Kelly's Pogo, acknowledged as one of the most important and influential comic strips of all time, first appeared not in newspapers but as a feature in the Dell comic book anthology Animal Comics, as well as in Dell's Four Color Comics before getting its own title, Pogo Possum, in 1949. Now fans of Pogo can see it all from the beginning with Hermes Press' reprint of the complete Dell Comics Pogo. Volume Three reprints the complete issues #3-6 of Pogo Possum, and Volume 4 reprints Pogo Possum #7-11.
In Shops: Sep 30, 2015
SRP: $60.00
View All Items In This Series
ORDER WISH LIST