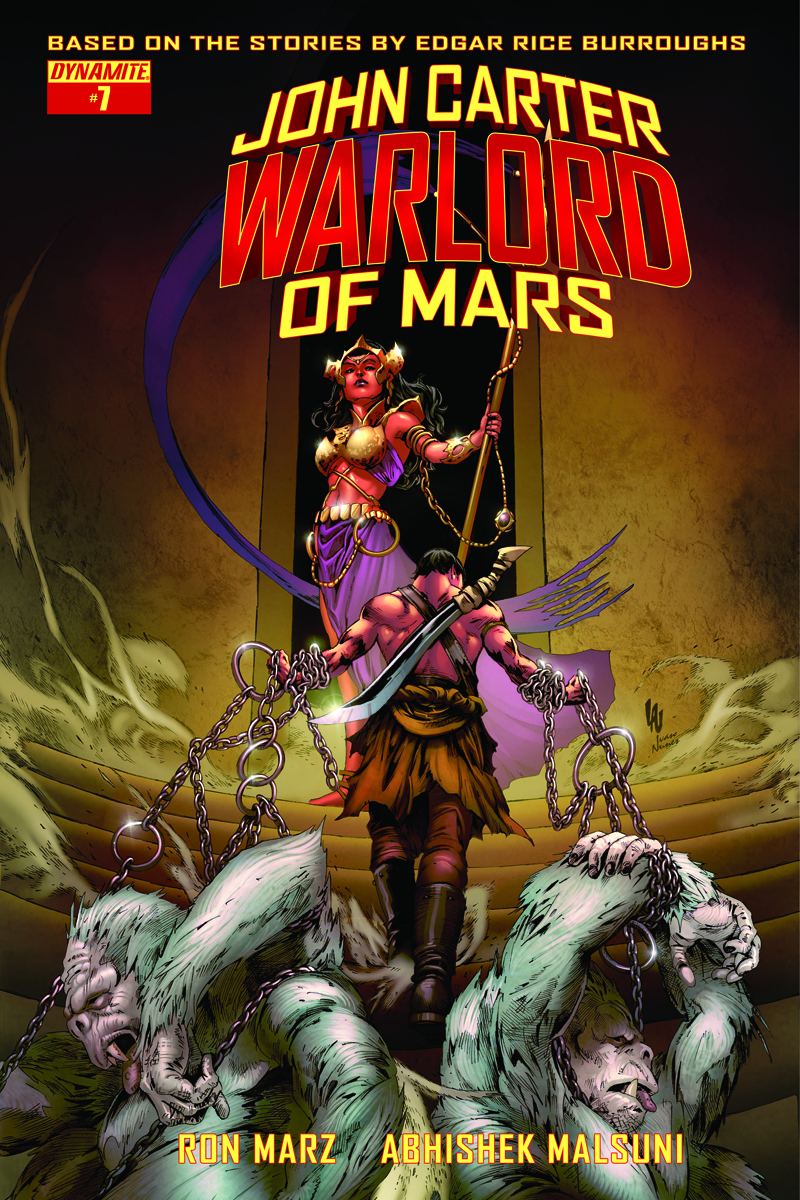 MAR151228
(W) Ron Marz (A) Ariel Medel (CA) Jonathan Lau
John Carter and Dejah Thoris have survived the invasion of Mars, but rest and relaxation are not in their future. Marooned in the crumbling remains of an ancient city, John and Dejah are beset by mysterious enemies. When John is struck down, it falls to Dejah to protect her beloved, and find some way to escape the certain death that stalks them.
In Shops: May 27, 2015
SRP: $3.99
View All Items In This Series