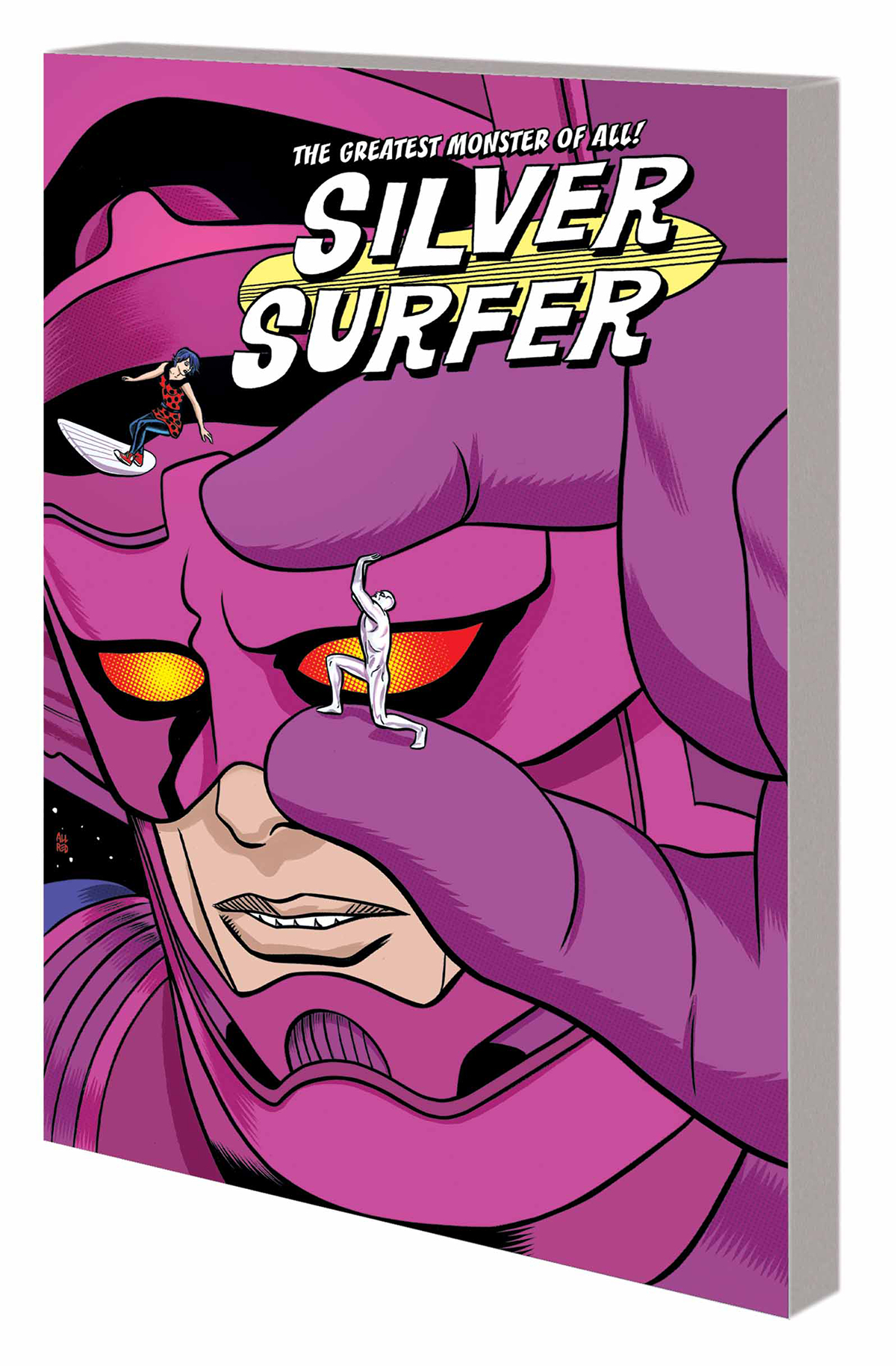 MAR150807
(W) Dan Slott (A/CA) Mike Allred
Everything up until now was chance and fate, but now it's decided. Dawn has earned her spot on the board, and she and the Surfer are going to explore the universe together. And the universe holds many wonders - including Planet Prime, the most perfect planet in the universe; a lone lighthouse, floating in the void at the edge of all space and time; and an unlikely planet with a population of 666 billion beings...each from a different race! But can they survive the threats of Warrior One, the Greatest Monster in the Galaxy, and a very strange spacefaring family? And witness the Silver Surfer's soul laid bare in a cosmic clash unlike any you have ever seen! It's a cosmic tale of triumph and tragedy as the Surfer takes on his former master: Galactus! Collecting SILVER SURFER (2014) #6-10.
In Shops: Jun 10, 2015
SRP: $15.99
View All Items In This Series