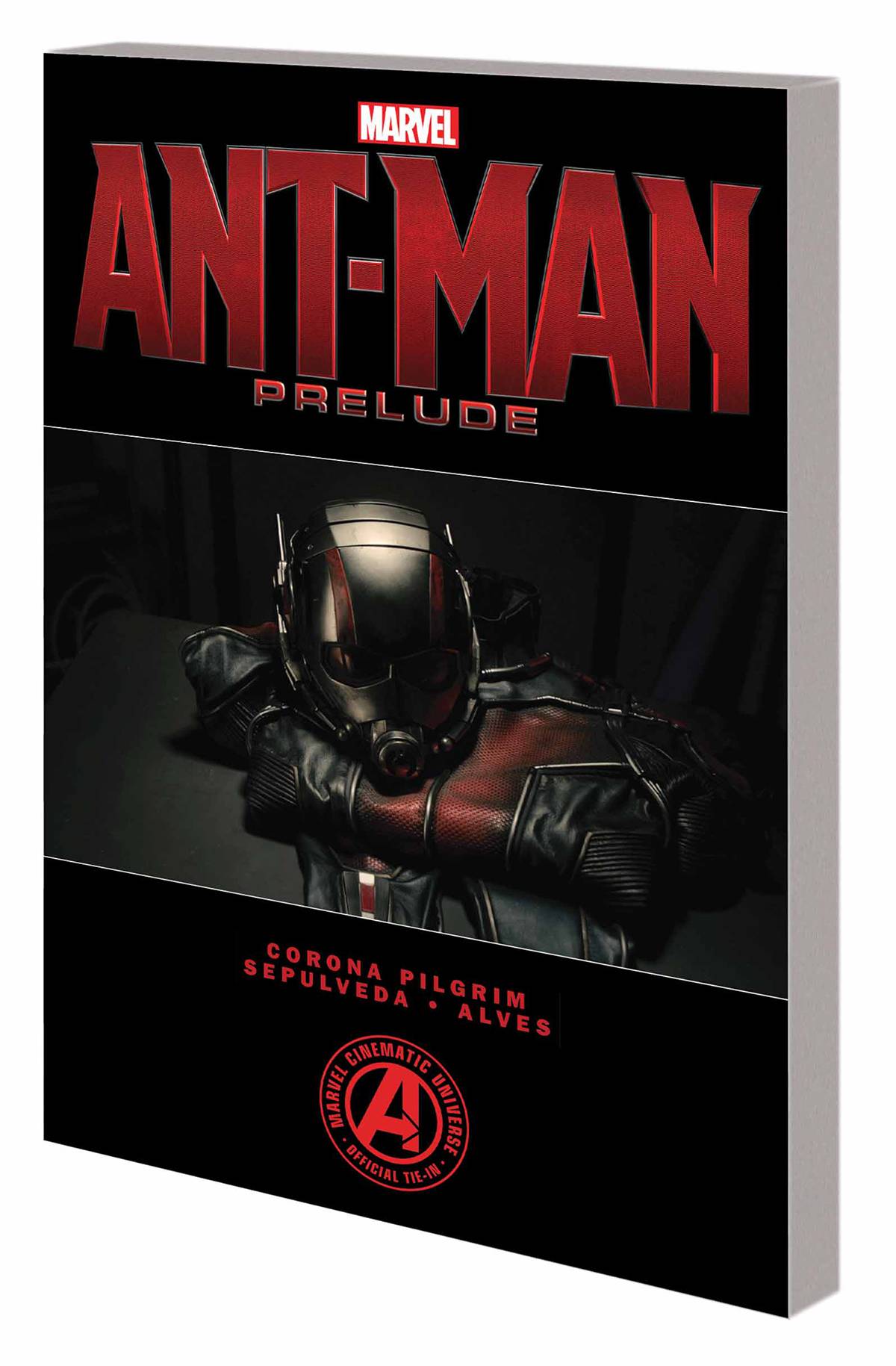 #
MAR150798
(W) Various (A) Various (CA) TBD
Get ready for Marvel's next smash-hit film with this all-new official prequel! Before Scott Lang becomes Marvel's shrinking sensation, his predecessor, Dr. Hank Pym, will pull on the Ant-Man helmet and leap into action on a death-defying mission into the icy heart of Cold War East Berlin! Then, thrill to an all-new Infinite-style adventure set in the Marvel Cinematic Universe as explosive new details in the history of the astonishing Ant-Man are revealed! But can the lessons of his past prepare him for the trials he's about to face? Plus: classic stories featuring pivotal moments in Scott Lang and Hank Pym's lives! The action-packed buildup to Marvel's Ant-Man begins here, so get on board now! Collecting MARVEL'S ANT-MAN PRELUDE #1-2, ANT-MAN: CINEMATIC INFINITE COMIC #1, MARVEL PREMIERE #47-48, ANT-MAN #1 and AGE OF ULTRON #10AI.
In Shops: Jun 10, 2015
SRP: $14.99
ORDER WISH LIST