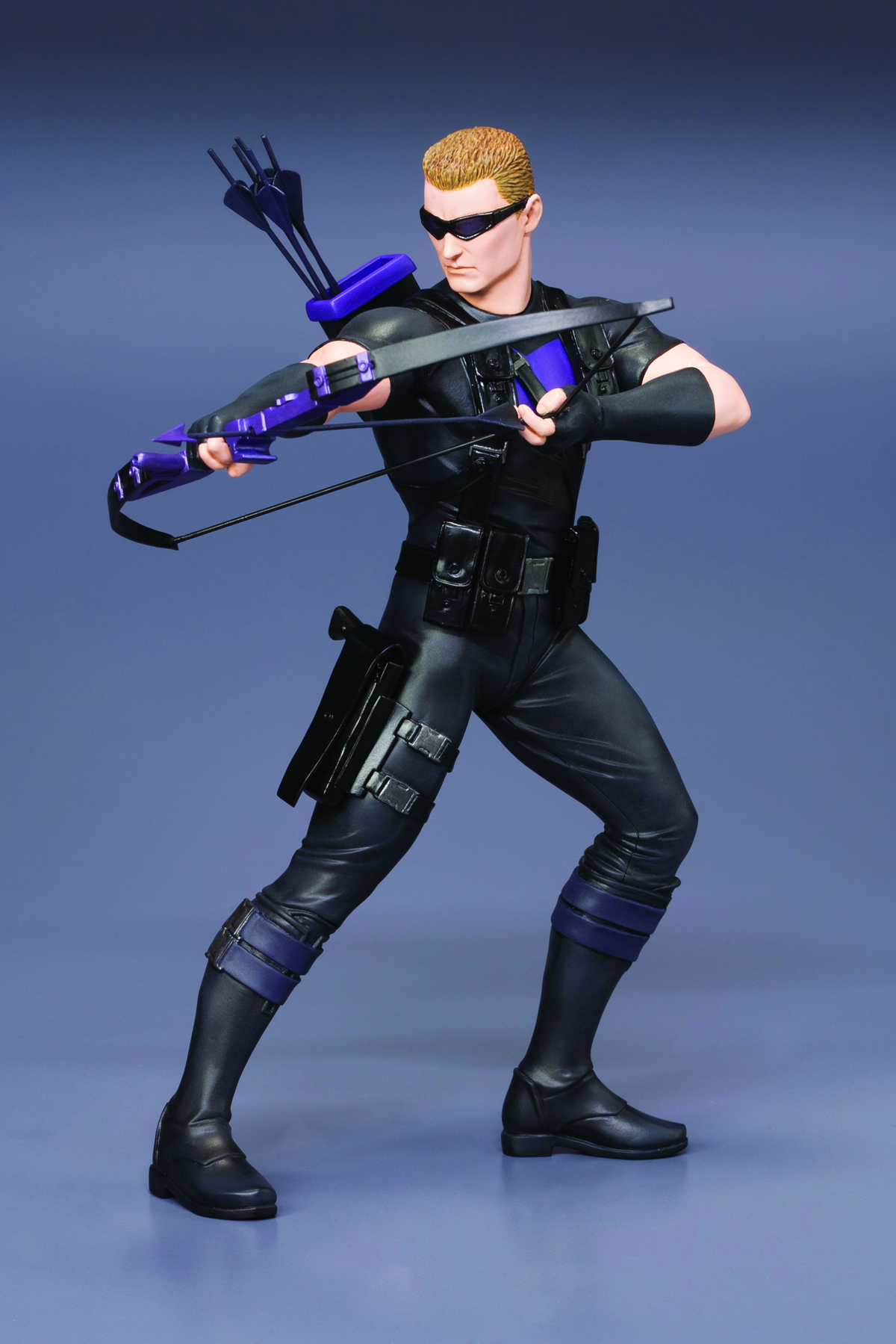 MAR142127
From Kotobukiya. Marvel Comics is the next great property to get Kotobukiya's ARTFX+ statue treatment, and so of course the first series is none other than the Avengers, specifically the characters as they appear in Marvel Now!  In 2012 the comic book company relaunched several titles, shifting some characters into different books and updating some for a modern audience.  More than anything, it provided a perfect jumping on point for new readers.  Now the characters are brought to life as never before based on concept artwork by superstar artist Adi Granov.  Joining his previously released teammates the Hulk, Black Widow, and Captain America is the expert archer HAWKEYE!

Created in 1964 by Stan Lee and artist Don Heck, Clint Barton was an orphan working in a carnival who learned archery to become a master marksman.  After dabbling in crime he chose the path of righteousness and became a costumed superhero, working alongside the Avengers for years and even appearing in the blockbuster film celebrating the hero team.  In the Marvel Now Hawkeye stars in his own highly popular book, though he still finds time to defend the Earth alongside his allies as he does in this new ARTFX+ lineup!  While some of the other Avengers stand at attention, Clint is prepared for anything with an arrow nocked on his bow as he leans back in an archer's stance.  Of course he wears his modern, sleek purple and black outfit that's perfect in every detail down to his cool glasses, pistol at his thigh, and quiver on his back.

Hawkeye stands 7 inches tall (in the ARTFX+ 1/10th scale) on his included magnetic display base.  Clint is ready to use his bow and arrow against enemies of justice all by himself or displayed alongside the other Avengers in the Marvel Now ARTFX+ collection!