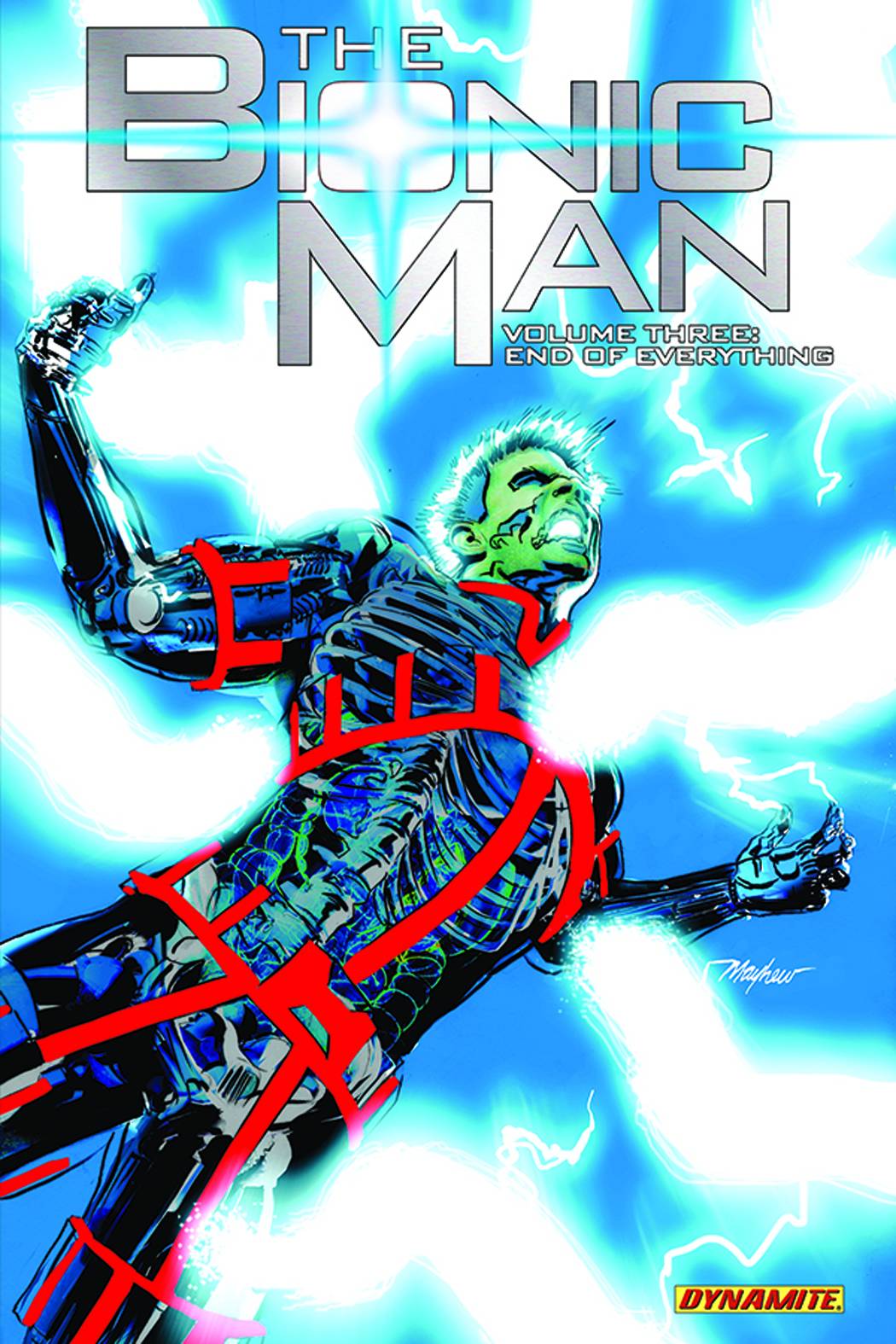 #
MAR141123
(W) Aaron Gillespie (A) Rey Villegas (CA) Mike Mayhew
Steve Austin, the iconic hero of television's Six Million Dollar Man, faces new threats both foreign and domestic! When the brutal dictator of Libue threatens to use whatever means necessary to squash the rebels of his war-torn nation, the American government sends the Bionic Man to prevent the detonation of nuclear missiles on millions of innocents. Meanwhile, the Office of Scientific Intelligence is under siege by rogue agents. Will Austin's close friend and O.S.I. handler Oscar Goldman survive an attack on his life... and a mechanized terror with a face all too familiar? Collecting issues #17-26 and featuring the script and writer's notes to issue #21, and a complete cover gallery.
In Shops: Jun 18, 2014
SRP: $24.99
View All Items In This Series