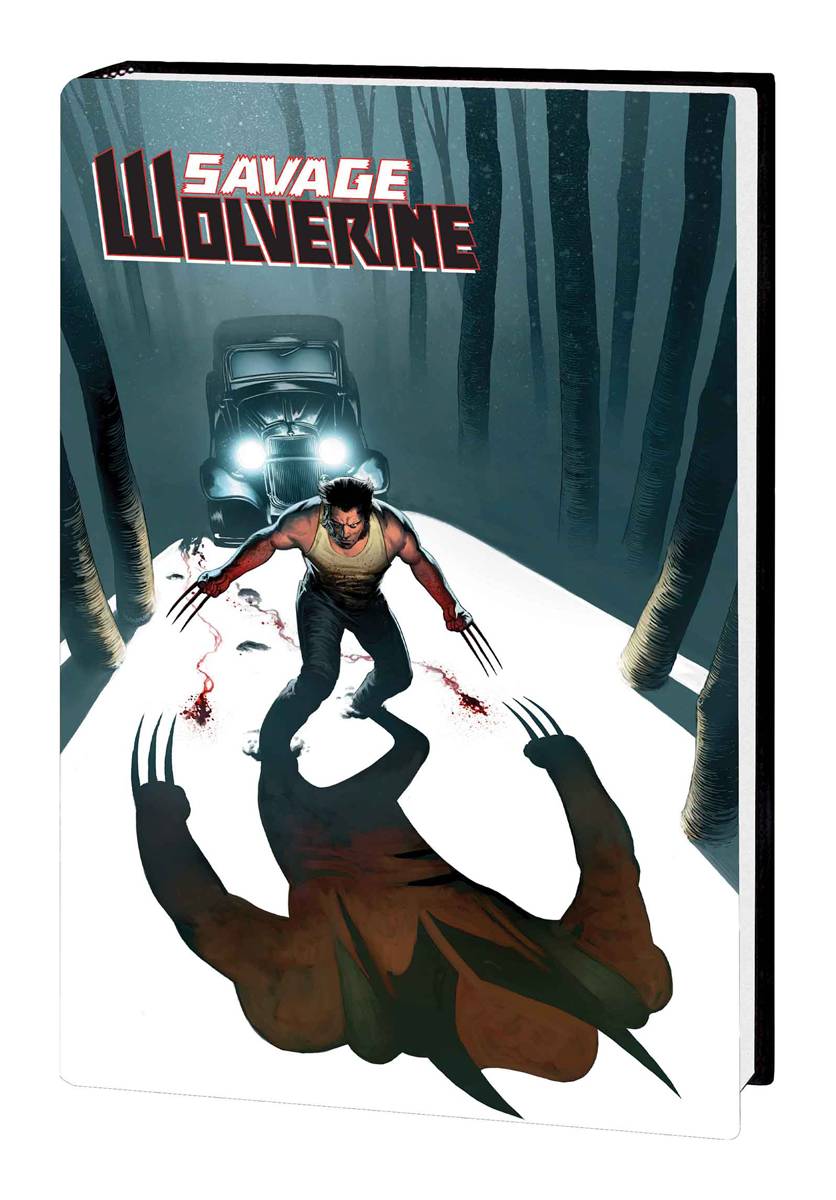 #
MAR140758
(W) Phil Jimenez, Richard Isanove (A) Phil Jimenez (A/CA) Richard Isanove
Two savage tales by industry superstars! First, Wolverine encounters a brutal killer on an African safari - one that will take him halfway across the world, back to his old stomping grounds of Madripoor. But all is not as he left it. And as Wolverine tends to family business, he makes a shocking discovery! Guest-starring Kitty Pryde! Then, during the 1930s, Logan was a bootlegger - until he found himself the accidental caretaker of a group of orphans whose family was targeted by the mob. Now, Logan must choose between the anonymous life he meticulously built or stepping into the spotlight again to defend the innocent. Corrupt cops, a cross-country chase and a mysterious conspiracy stand against him - and as a vicious dust storms bears down, Logan learns the brutal secret of Grand Rapids! Collecting SAVAGE WOLVERINE #12-17.
In Shops: Jul 02, 2014
SRP: $24.99
View All Items In This Series
ORDER WISH LIST