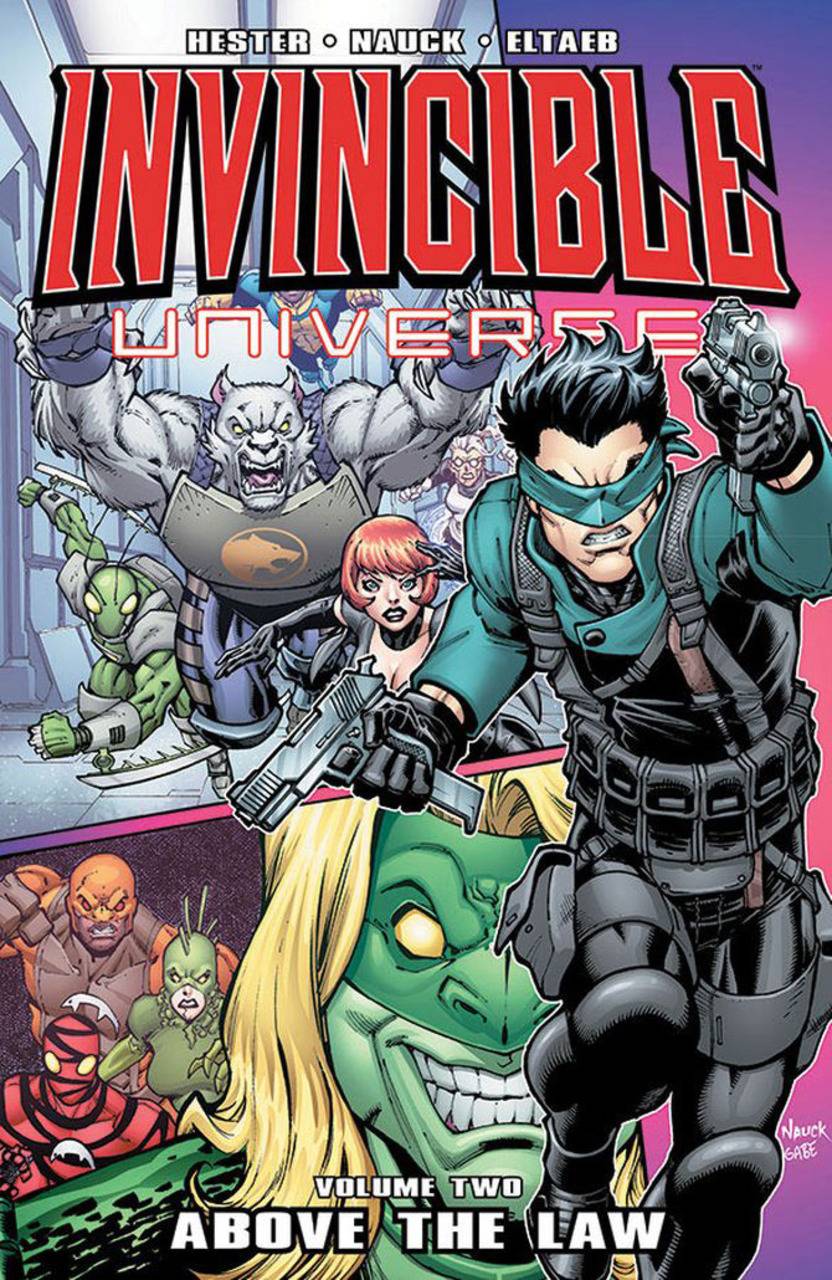 #
MAR140542
(W) Phil Hester (A/CA) Todd Nauck
In the aftermath of Invincible : The Death of Everyone, Dinosaurus has left his mark on the world. Can heroes from across the universe - Invincible, the Guardians of the Globe, Tech Jacket, the Astounding Wolf-Man, and more - contain the damage? Or are the end times of the Invincible Universe ahead? The greatest heroes in the Invincible Universe take on their greatest threats: Red Eye, the Lizard League, and... marriage?!
In Shops: May 07, 2014
SRP: $16.99
View All Items In This Series