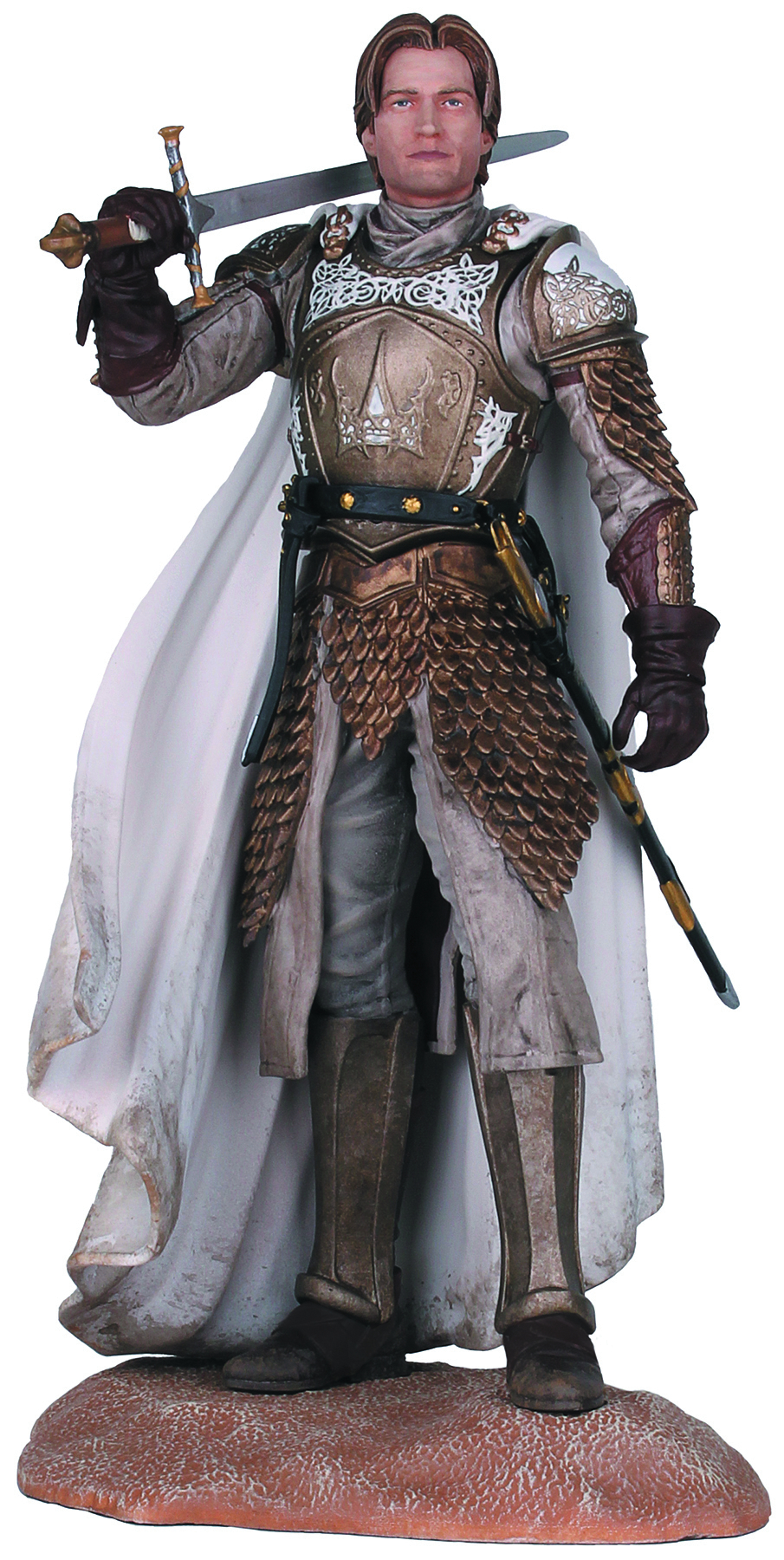 MAR140111
Dark Horse has rocked the collectibles world with its series of stunning Game of Thrones figures. Sculpted and painted with painstaking detail, these 7-8 inch figures capture the character of the show and the likenesses of the HBO series cast.
Our first two releases, Jon Snow and Daenerys Targaryen (see Toy & Model section of this month's Previews for an O/A listing), were named "best figures of Comic-Con" by the io9 website when they were revealed last year. We think the same acclaim will happen with these new figures. All figures are packaged in a deluxe window-box format.
In Shops: Oct 15, 2014
SRP: $24.99
ORDER WISH LIST