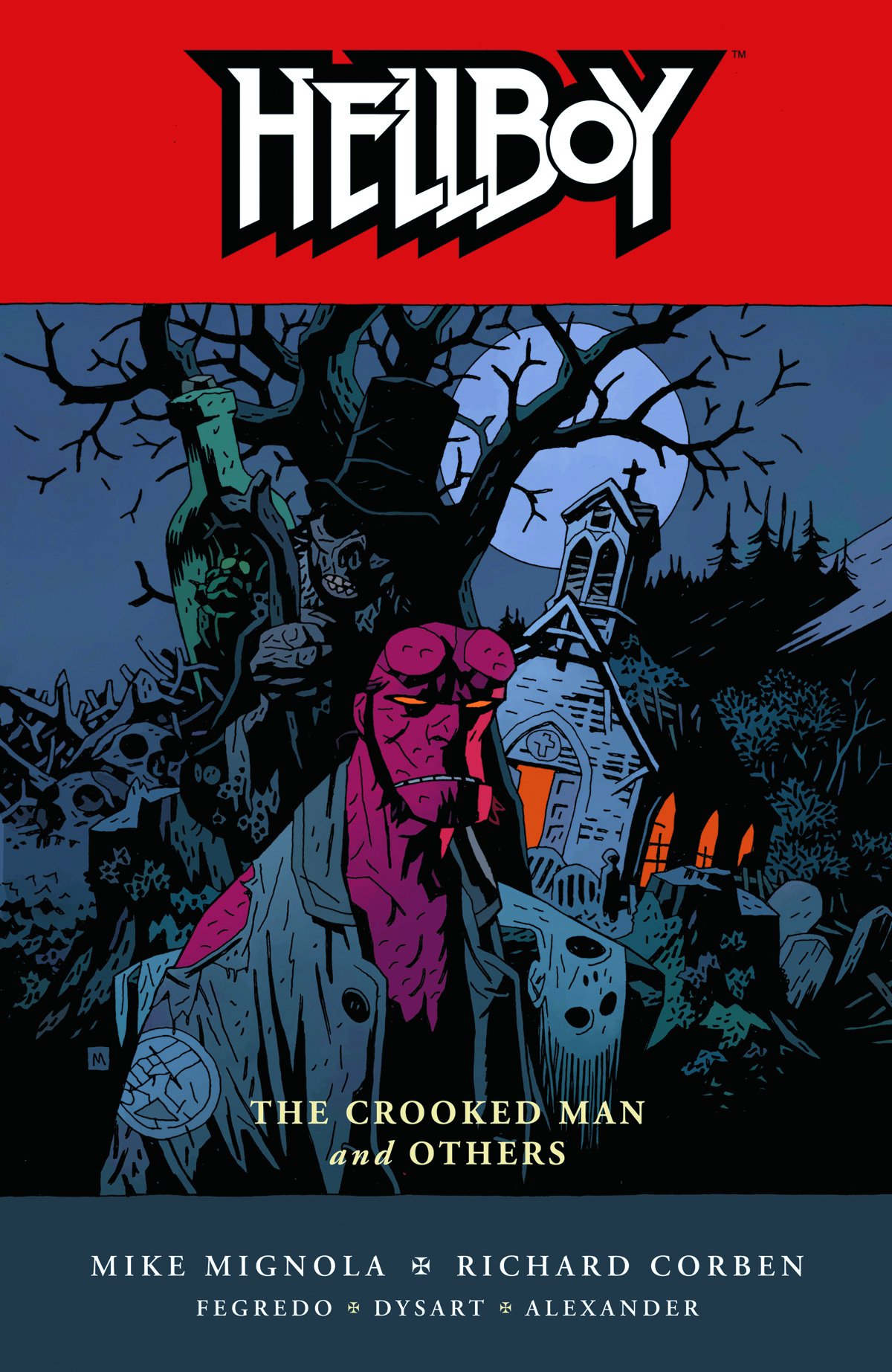 MAR128226
(W) Mike Mignola (A) Richard Corben, Jason Shawn Alexander, Duncan Fregredo, Joshua Dysart (CA) Mike Mignola
The Eisner Award-winning miniseries The Crooked Man, by Mignola and Richard Corben, teams Hellboy with a wandering hillman in a devilish tale of Appalachian witchcraft. This volume also includes the rare "They Who Go Down to the Sea in Ships" by Mignola, Josh Dysart (B.P.R.D.: 1947), and Jason Shawn Alexander (Abe Sapien: The Drowning), never before available for purchase; Mignola and Duncan Fegredo's "The Mole," from Free Comic Book Day 2008; and Mignola's most recent solo outing, "In the Chapel of Moloch."
o Also includes a look into the artists' sketchbooks!
2009 Eisner Award winner for Best Limited Series!
In Shops: Jul 25, 2012
SRP: $19.99
View All Items In This Series
ORDER WISH LIST