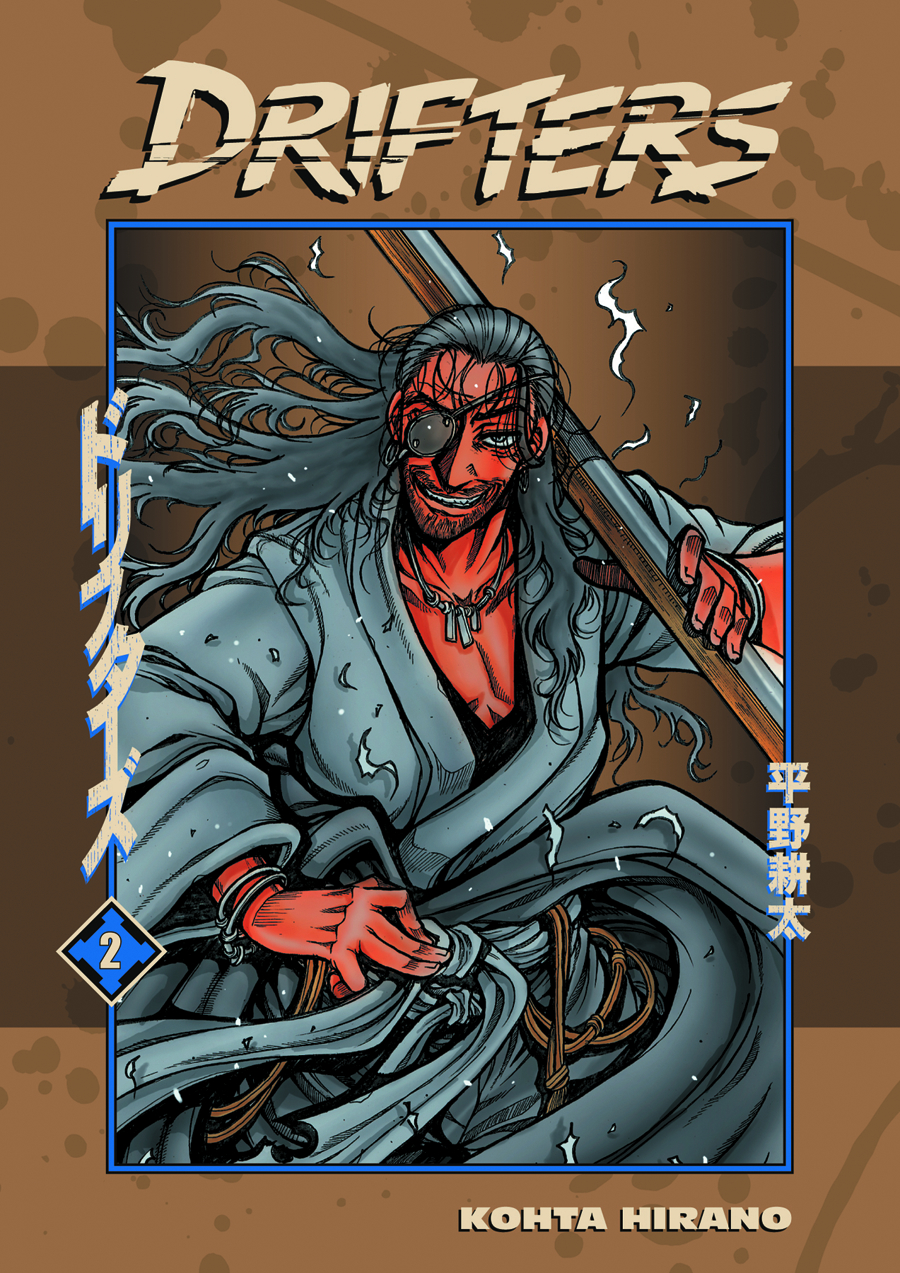 MAR120060
(W) Kohta Hirano (A/CA) Kohta Hirano
Heroes from Earth's history are deposited in an enchanted land where humans subjugate the nonhuman races. Samurai warriors Shimazu Toyohisa and Oda Nobunaga aid the elves in their struggle, but a greater threat grows in the north, where the Black King and his Ends have set out to decimate the planet. But chaos creates opportunity, and Nobunaga has his own visions of conquest! From Hellsing creator Kohta Hirano, Drifters is an all-out fantasy slugfest of epic proportion!