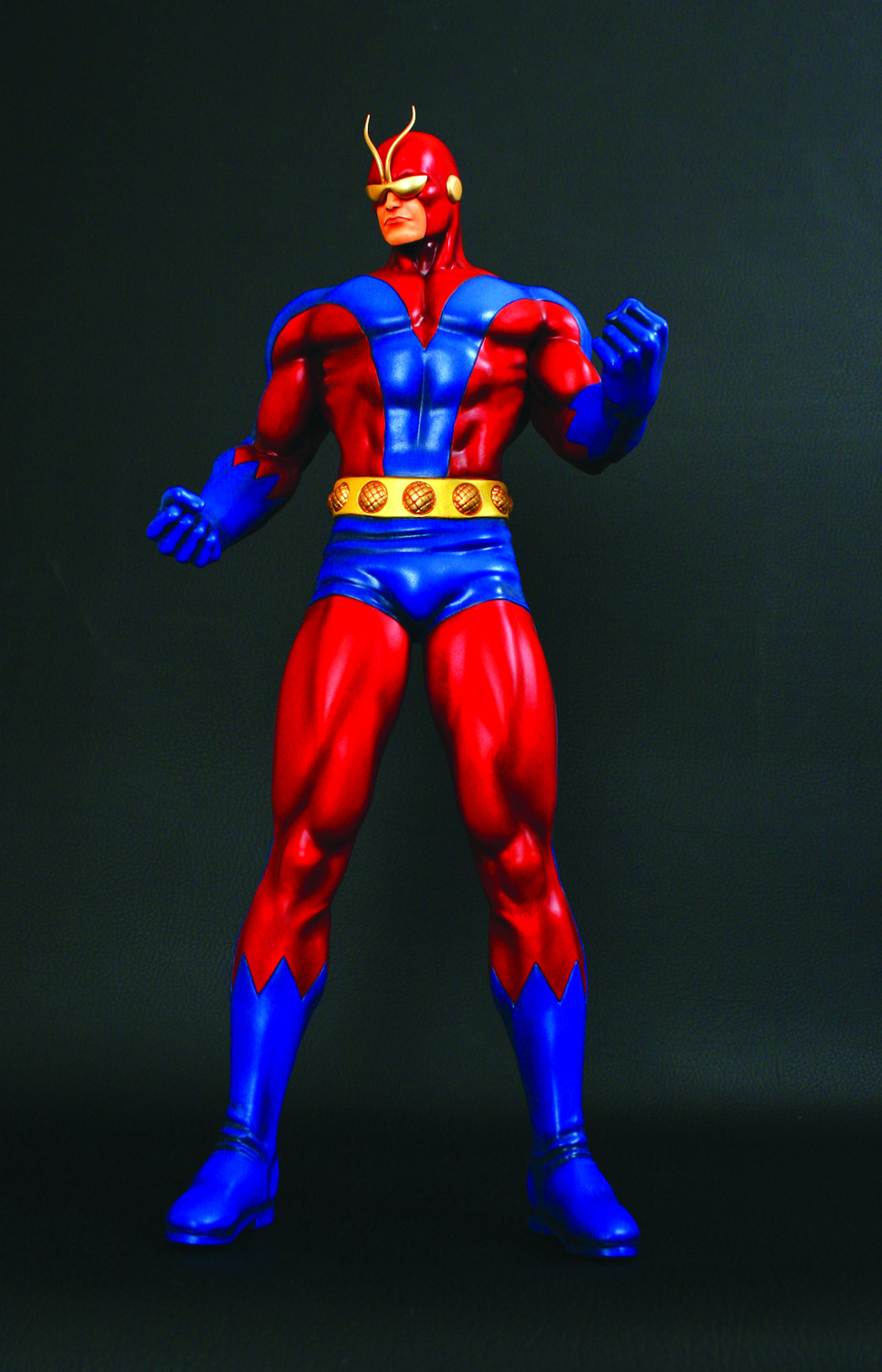 MAR118190
A Bowen Designs Sculpt! Hank Pym was one of the world's leading scientists, an expert in biochemistry, artificial intelligence, and quantum physics. The discovery of Pym Particles gave him control over his physical size, and he adopted a series of heroic personas - first as Ant-Man, then as Giant-Man - as a member of the Avengers. After a brief departure from the Avengers, he returned to the team with a new costume and a new identity, as Goliath. Featuring a dynamic sculpt by Jason Smith, the PREVIEWS Exclusive Goliath stands 17" tall and is limited to 500 pieces worldwide.