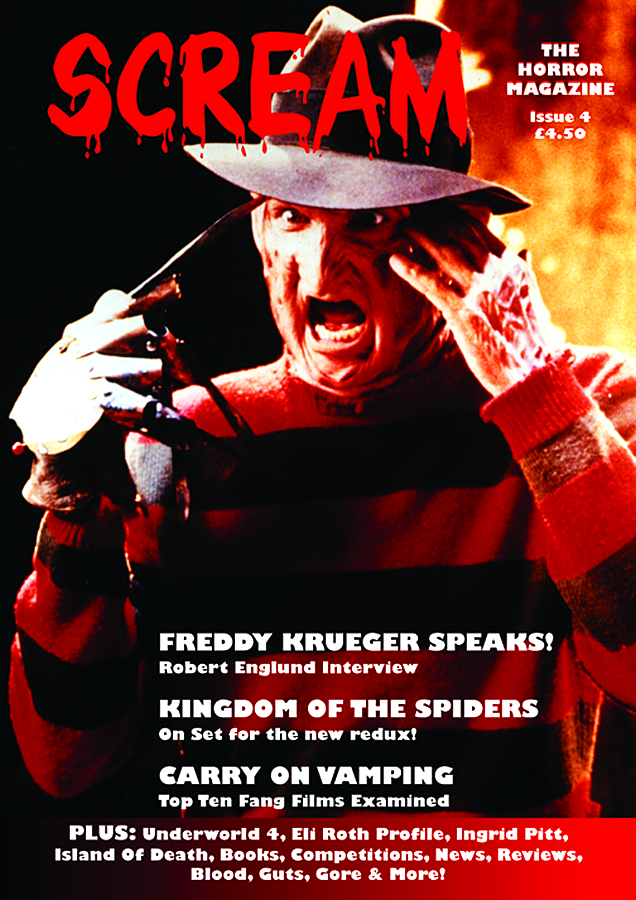 MAR111423
SCREAM chats to the one and only Freddy Krueger actor Robert Englund about his life and career of one of horror cinemas best loved villains. 2011 sees the release of The Ward, director John Carpenter's first theatrical offering for a decade, as we head to Hollywood to discuss the new film, as well as his thoughts on his distinguished career and the state of horror. Plus, a look at the forthcoming Hellraiser title from BOOM! Studios that will be co-written by Clive Barker, as
well as the new series Crossed and its sequels Crossed: Family Values, Crossed: Psychopath, and Crossed 3D by Avatar Press.