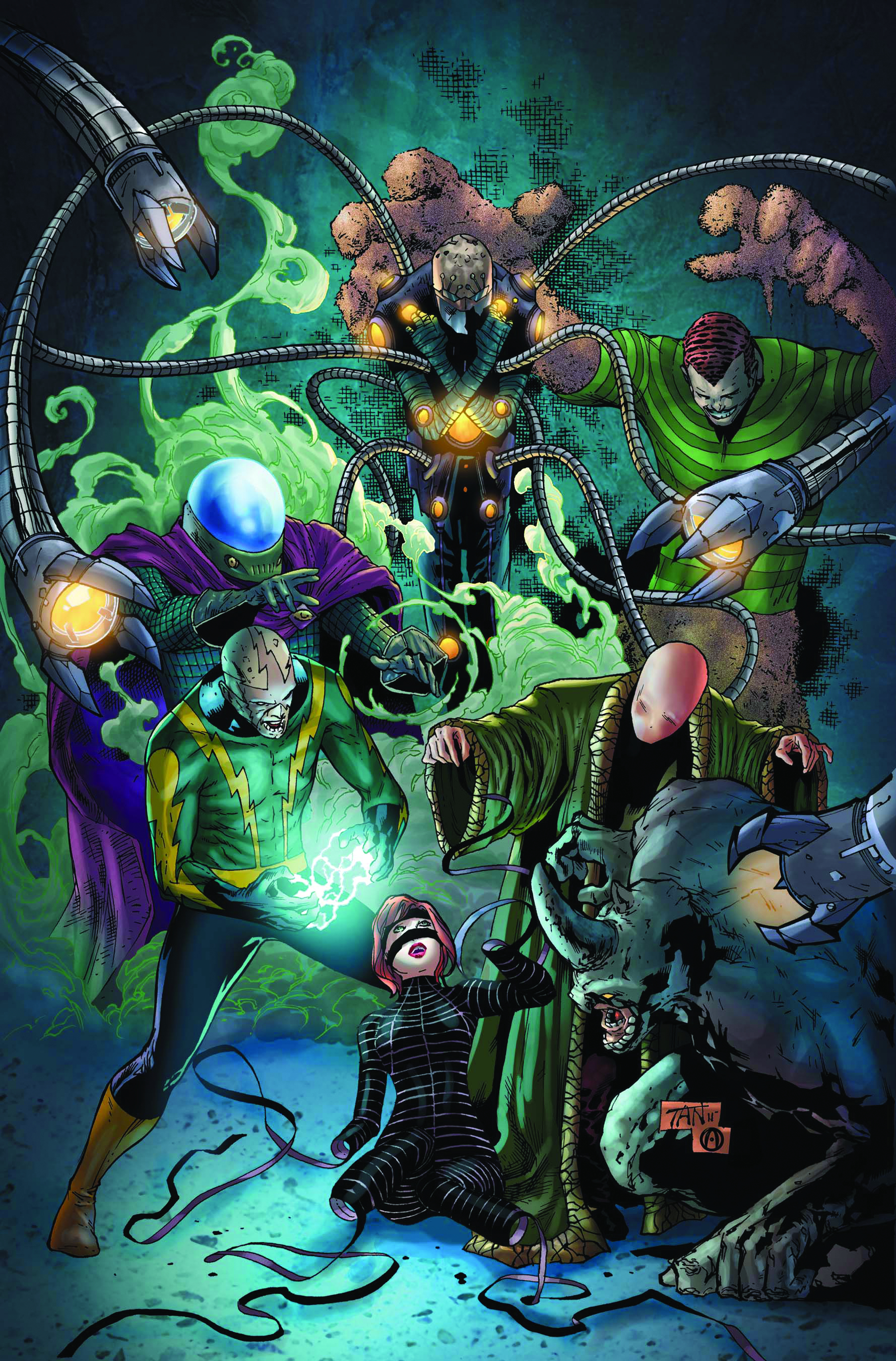 MAR110648
(W) Christos N. Gage (A) Sean Chen (CA) Billy Tan
Written by CHRISTOS GAGE
Penciled by SEAN CHEN & TOM RANEY
Covers by BILLY TAN
It's Super Hero Prom and the Sinister Six in two big issues of the comic iFanboy named the "Best New Book of 2010"! First the Academy hosts a dance like none you've ever seen, guest starring the Young Allies, former members of the Initiative...and featuring smack downs and smooch downs! Then the trainees get a crash course in big-time villainy as they take on Spider-Man's greatest foes, the Sinister Six, in a story that will have major ramifications when FEAR ITSELF hits next month!
32 PGS./Rated A