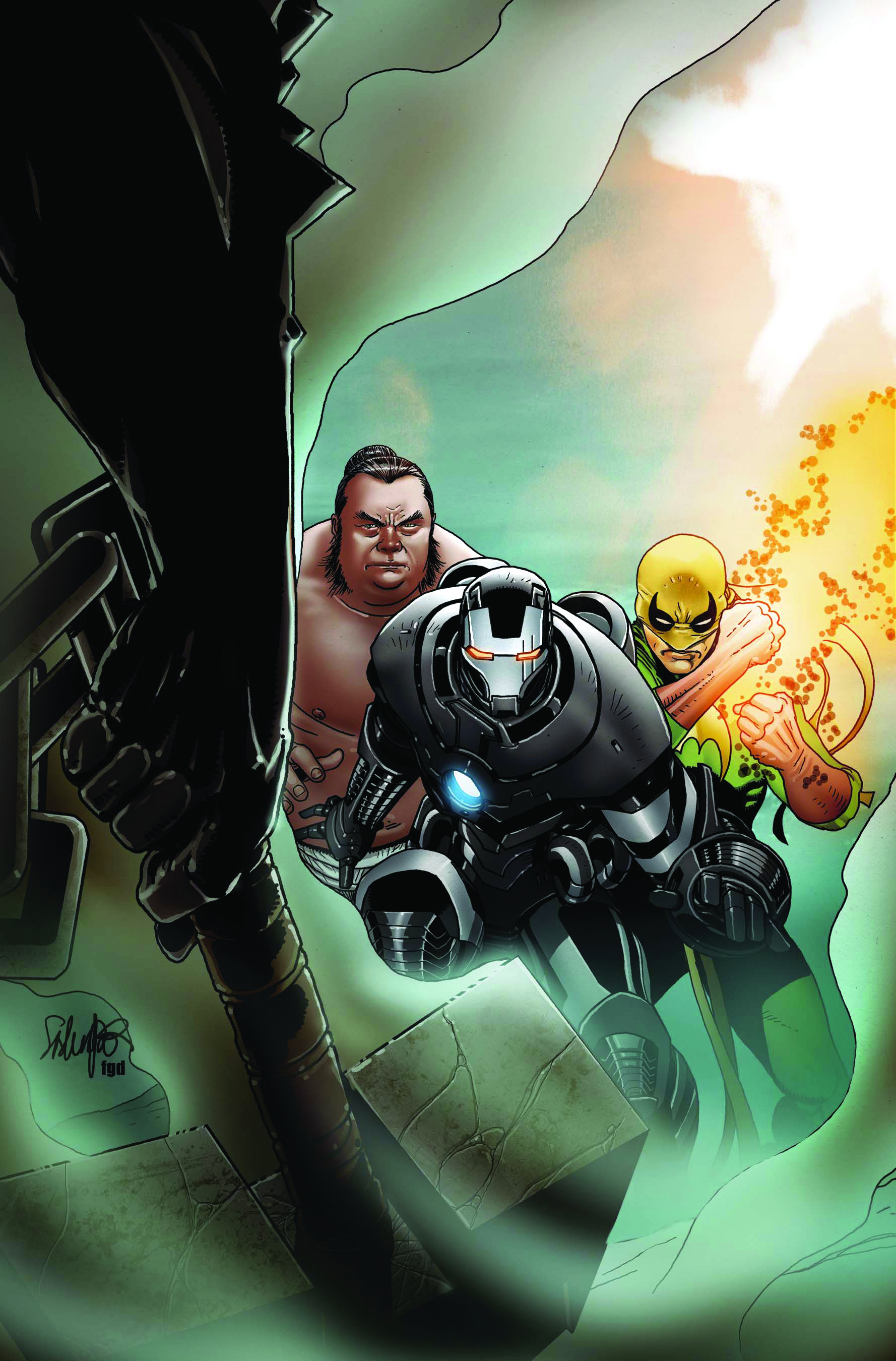 MAR110626
(W) Nick Spencer (A) Ariel Olivetti (CA) Salvador Larroca
Written by NICK SPENCER
Art by ARIEL OLIVETTI
Cover by SALVADOR LARROCA
FEAR ITSELF TIE-IN
One of the major villains of FEAR ITSELF shows up to claim his power and wreak havoc right in the pages of 2.0. Rhodey must join forces with Danny Rand, the Immortal Iron Fist, and the Immortal Weapons if he hopes to win the day!
32 PGS./Rated T+