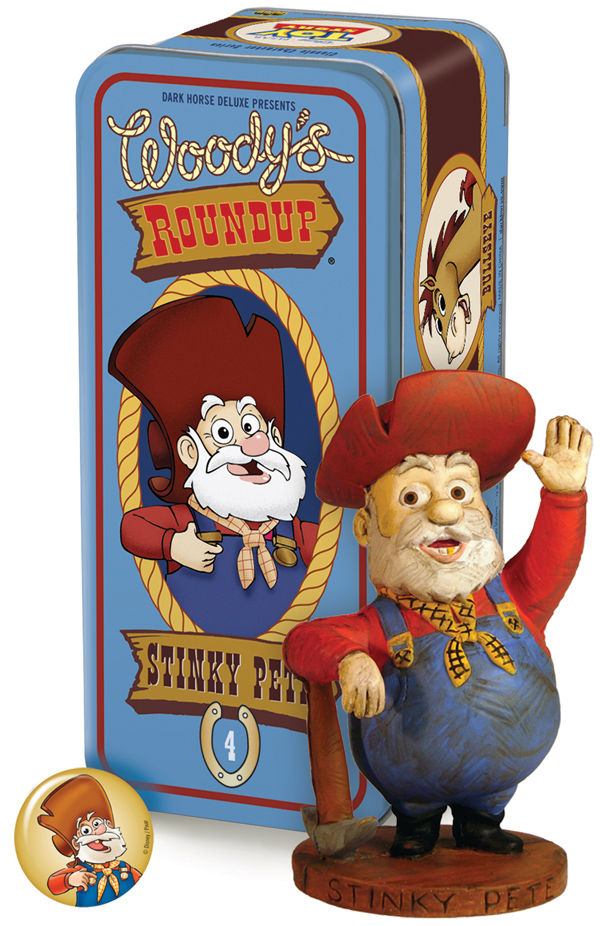 In examining the candidates from this classic film's many characters, we agreed with Disney that Woody and his gang were best suited to the deliberately rough-hewn, somewhat distressed Syroco style that sculptors Yoe! Studio describe as "primitive but charming."

Format:
4" tall, Limited to 950 numbered pieces, Packaged in its own tin box, with a pin-back button and character booklet