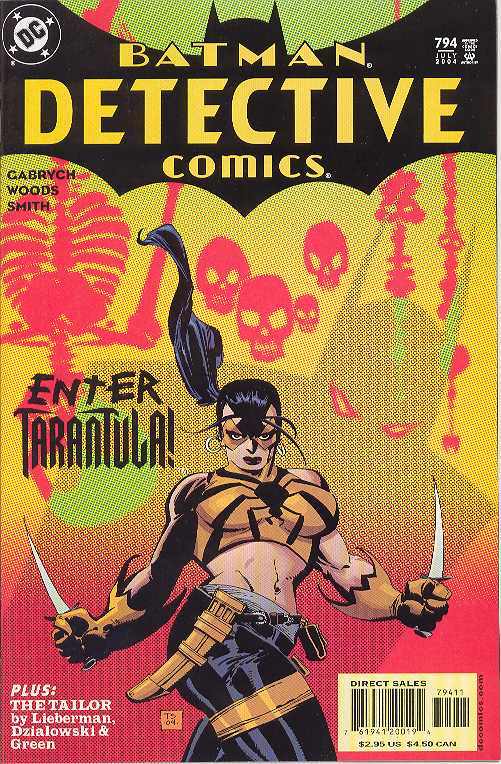 MAR040272
(W) Andersen Gabrych (A) Pete Woods (CA) Tim Sale
Written by Andersen Gabrych and A.J. Lieberman; art by Pete Woods, Cam Smith, Jean-Jacques Dzialowski and Dan Green; cover by Tim Sale
In stores May 5.  Tarantula and Orpheus guest-star in Part 1 of "The Rotting," a new 2-part story!  Can Batman stop a terrible blight from wiping out the citizens of Gotham?  And will his quest bring him into conflict with a beautiful but deadly vigilante from Bl dhaven?  Plus, in the backup, the conclusion to "The Tailor"!  As the Tailor gets ready to go head-to-head in a battle he knows he can't win, he makes preparations for the only things in Gotham City that he cares about.
FC, 40 pg