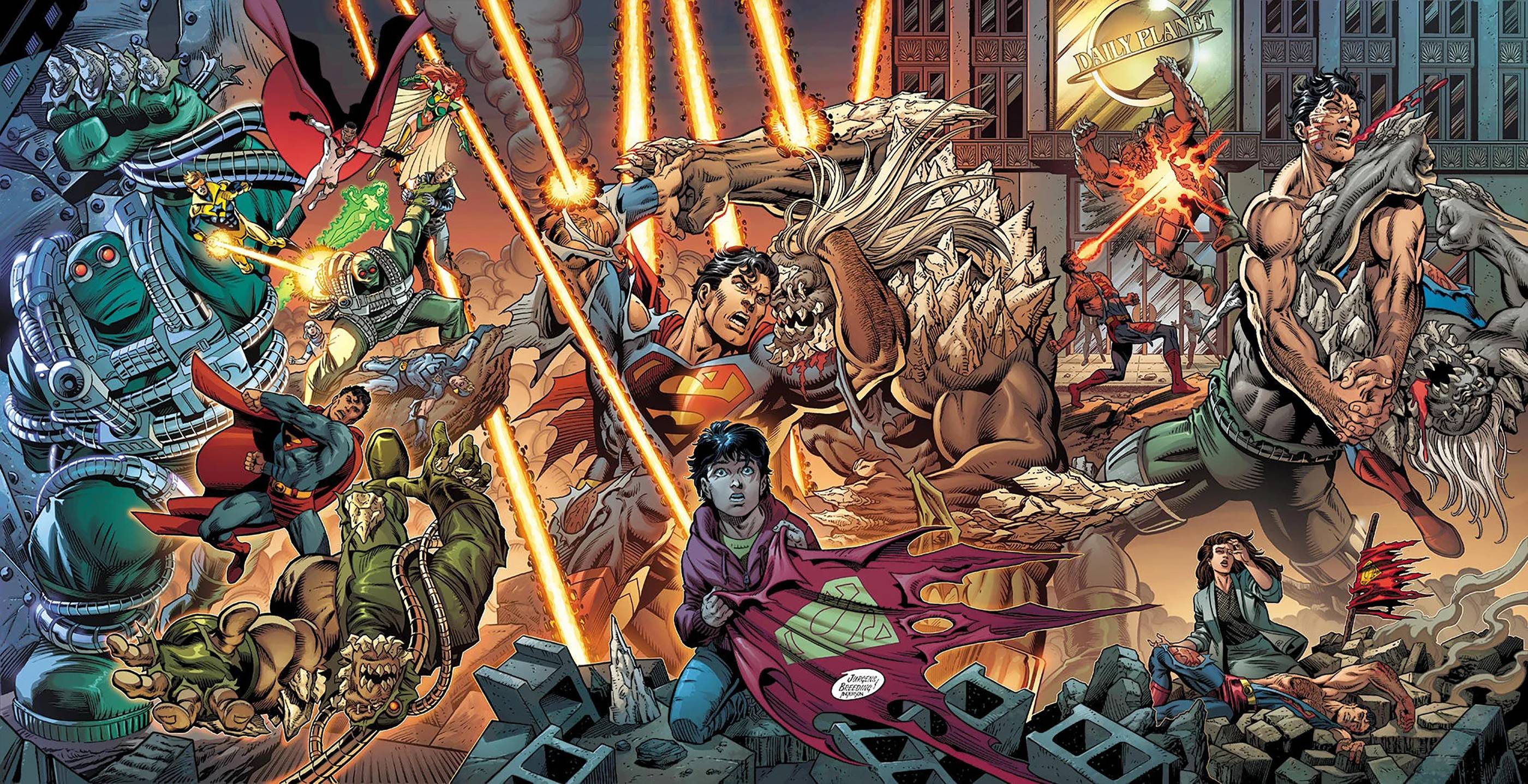 #
JUN229121
30 years ago, the unthinkable happened. The Man of Steel died. After sacrificing himself to stop the unstoppable global threat, Doomsday, Metropolis and the rest of the DC Universe mourned the loss of their greatest hero. To mark this monumental moment in comics, DC has reunited the complete creative team behind the original event for four brand-new stories. Led by Dan Jurgens and Brett Breeding, the special kicks off with a new Superman story and villain... DOOMBREAKER! Followed by a series of short stories revisiting some of Superman's greatest allies and exclusive pinups done by some of comics' greatest artistic talent including LEE WEEKS, GABRIEL RODRIGUEZ, BILL SIENKIEWICZ, and WALTER SIMONSON. EVENT PRICED FOR A LIMITED TIME IN HONOR OF THE 30TH ANNIVERSARY OF THE DEATH OF SUPERMAN!
In Shops: Nov 30, 2022
SRP: $30.00
ORDER WISH LIST