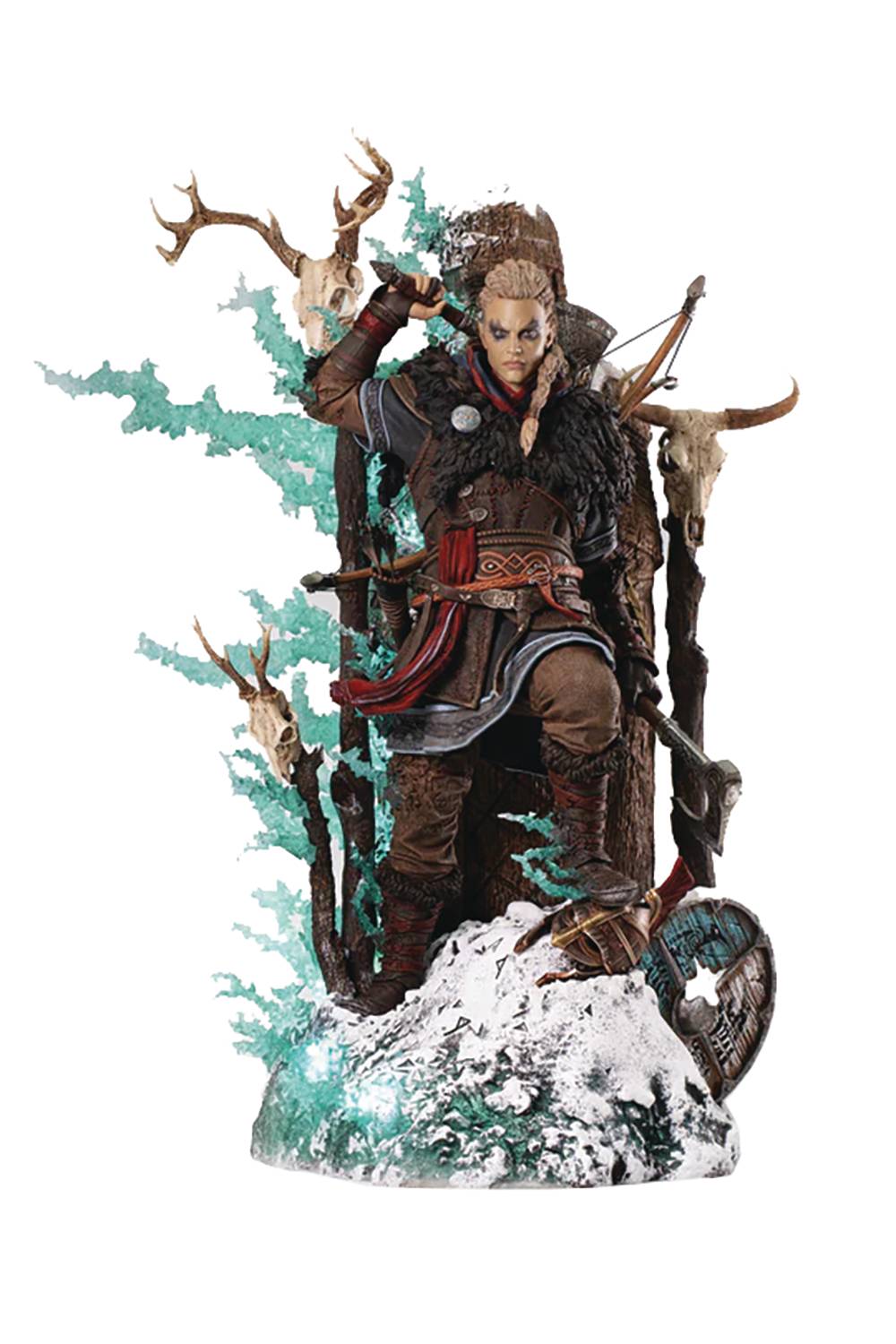 # # # #
JUN228881
From PureArts Limited. A natural born leader, Eivor from Assassin's Creed Valhalla, is a fierce Viking raider from Norway who joins in the raids in England against King Aelfred the Great. Eivor stands before a totem of Odin, with axes at the ready for battle and glory. Featuring two premium head sculpts, fans can choose between male and female Eivor as easily as they can in the game. This 1/4-scale statue also features key weapons from Assassin's Creed Valhalla, including the legendary Hidden Blade. This emblematic blade is made visible on top of Eivor's forearm. Just like the entire Animus Collection, this 1/4 scale Eivor statue also includes an epic backdrop and an LED lighting Animus effect.