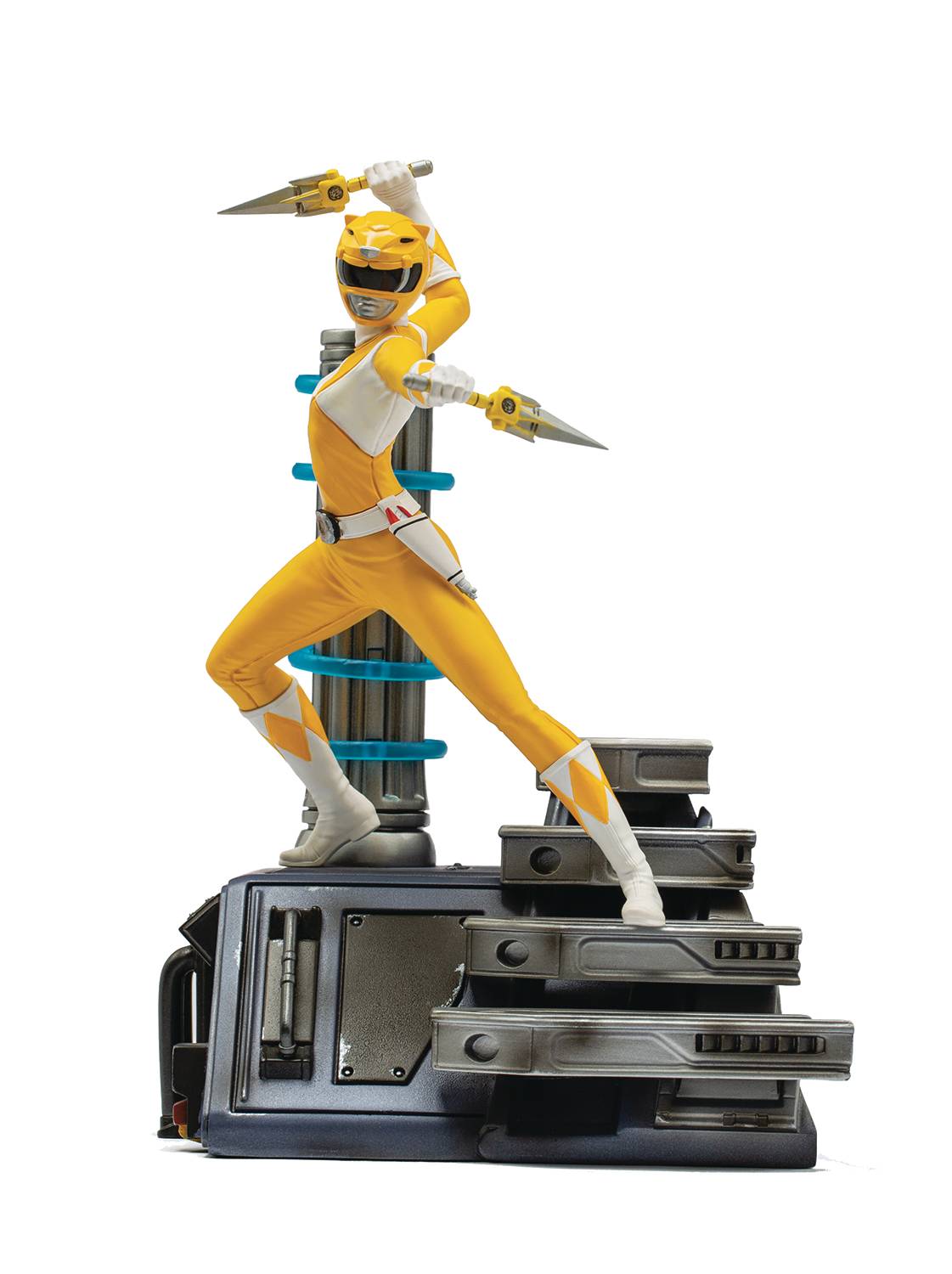 # # # #
JUN228624
From Iron Studios. After an earthquake in Angel Grove city, a group of five young friends found a robot called Alpha 5, which led them to meet the galactic mage Zordon. Chosen by Zordon to face the evil in the form of the sorceress Rita Repulsa, they each received a Power Morpher, an artifact containing a Power Coin engraved with an image of a prehistoric beast, which allows them to transform into a Power Ranger! Created in 1993 by Saban Entertainment in the US, Mighty Morphin Power Rangers gets a brand new statue line from Iron Studios. Displyed together, the figures (sold separately) form a diorama setting, portraying the main heroes in their Chamber of Power alongside their enigmatic and wise mentor, Zordon. This 1/10 scale mixed media statue of The Yellow Ranger is hand painted and measures approximately 7.5" tall.