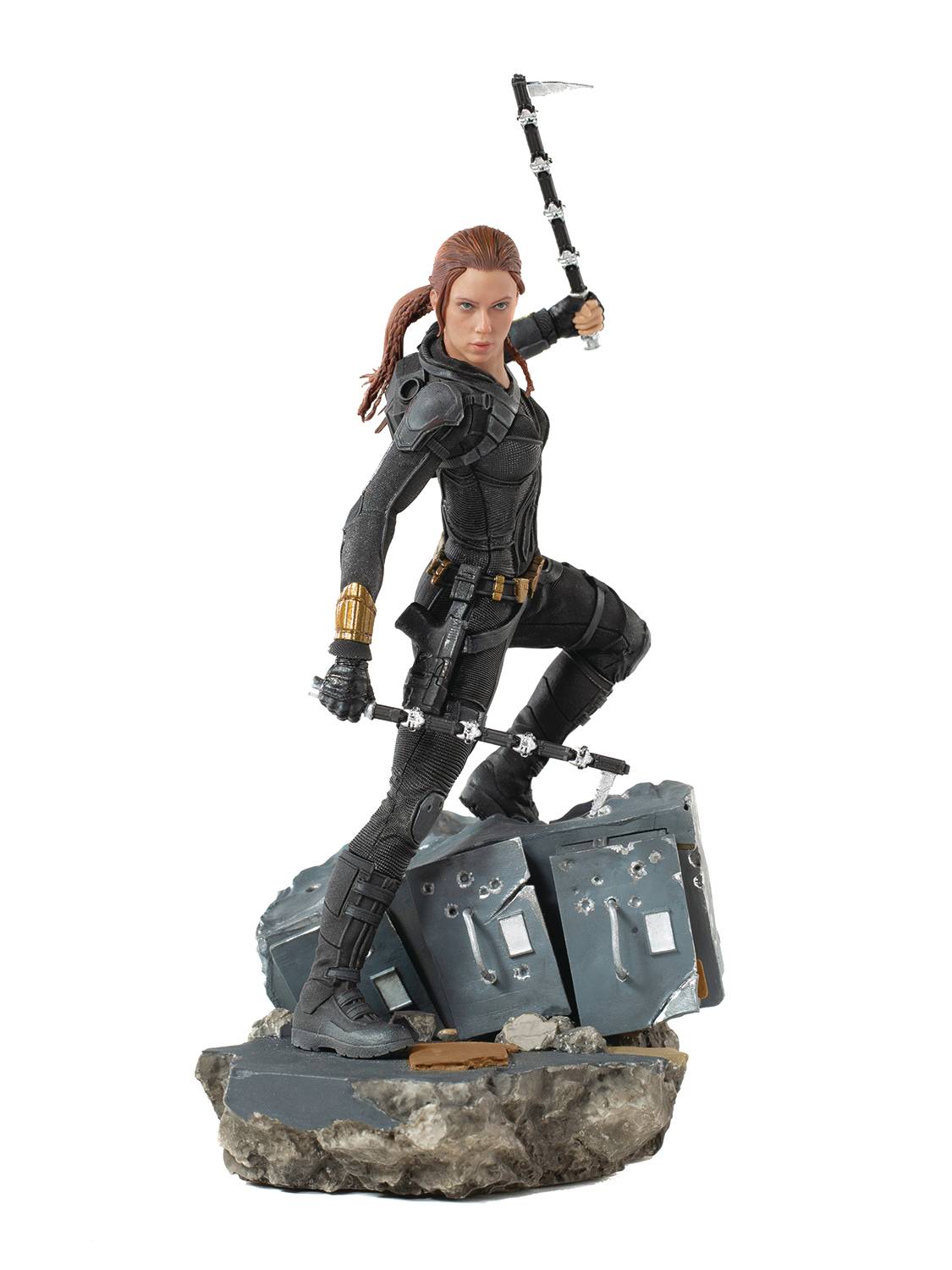 # # # # # #
JUN228492
From Iron Studios. The superheroine Black Widow stares intently, positioning herself for combat in the Natasha Romanoff BDS Art Scale 1/10 - Black Widow statue from Iron Studios! She stands on a base littered with debris from a battle scene wearing her tactical black uniform. Faithfully portraying the features of the actress Scarlett Johansson and the impressive details of her costume and accessories, this statue is part of a diorama scenario composed by the figures of her allies, Yelena and Red Guardian, facing the lethal mercenary Taskmaster.Sold separately. A must-have set for collectors and fans of the beloved Marvel heroine.