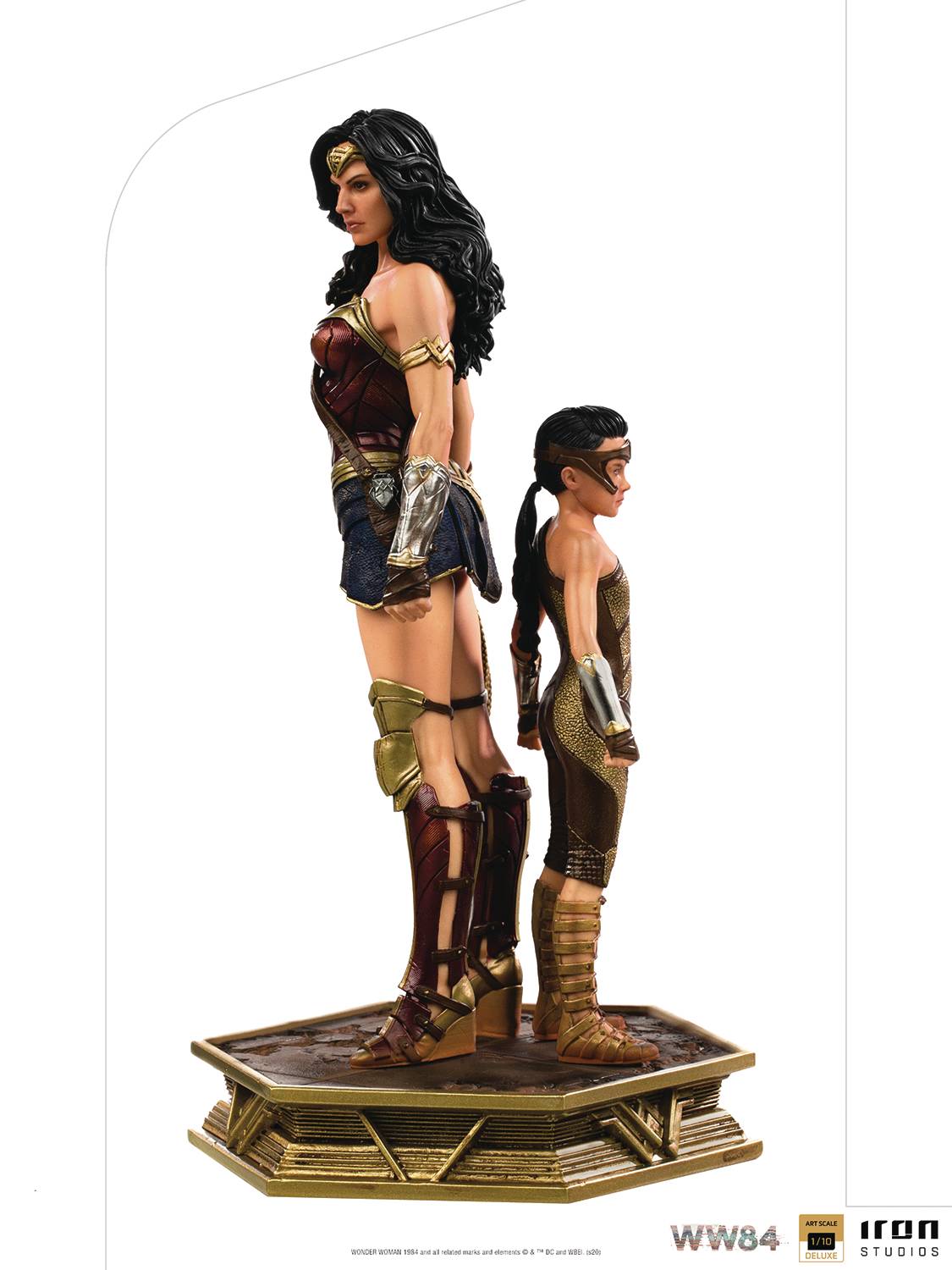 # # # # # #
JUN228444
From Iron Studios. The evolution of Wonder Woman by Iron Studios! Certainly the greatest superhero in comics, and among the most popular icons in pop culture; created by William Moulton Marston and Harry G. Peter in 1941; the piece presents Diana's evolution from a little princess to Wonder Woman, just like in theaters played by Lilly Aspel as a child and Gal Gadot as an adult. Iron Studios Wonder Woman & Young Diana Deluxe Art Scale 1/10 statue presents little Diana in her youthful and purest version, along with her adult version as Wonder Woman, the greatest of the amazon warriors.