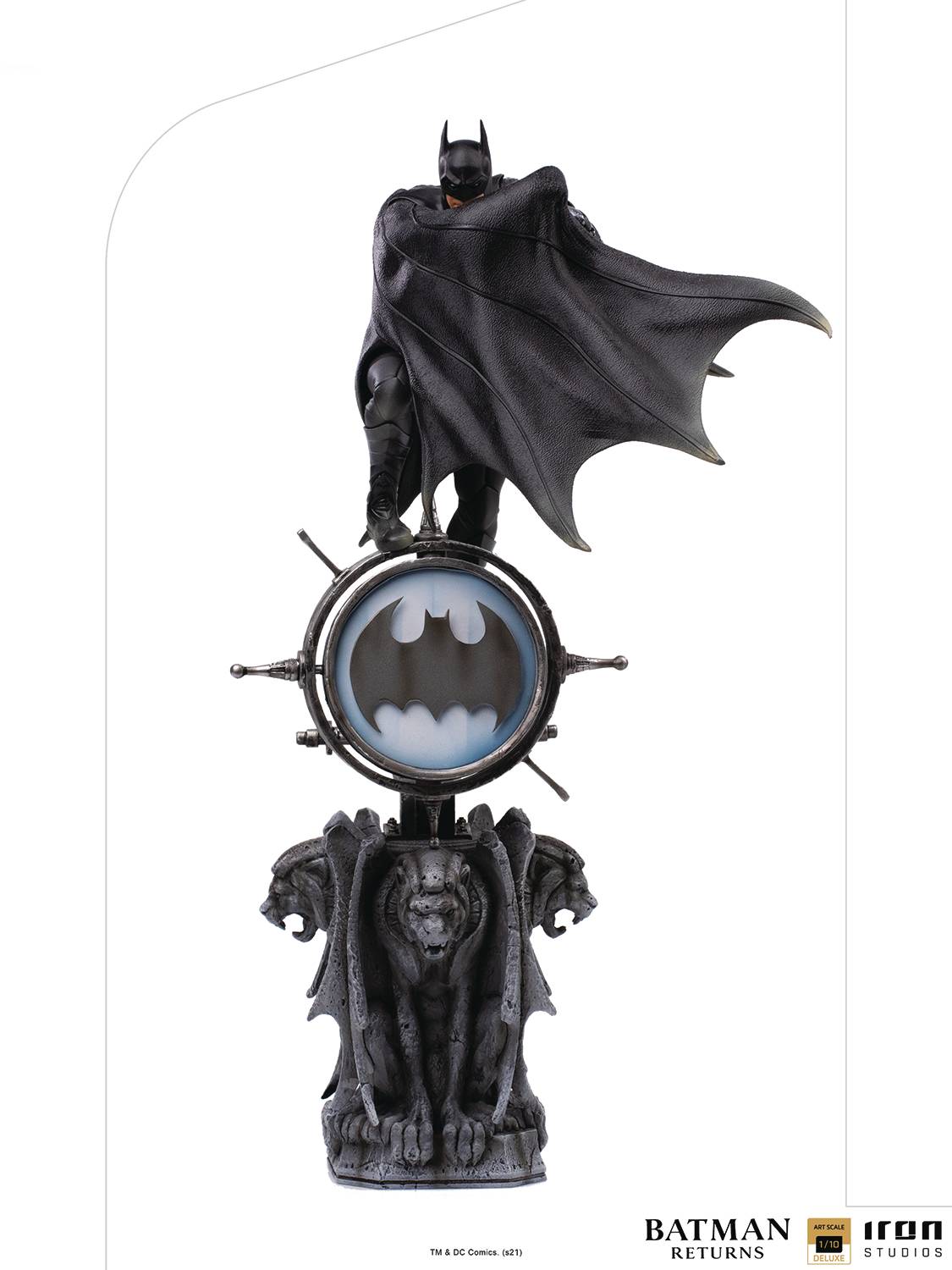 # # # # # # #
JUN228435
From Iron Studios. Perched on a concrete totem-shaped base, surrounded by gargoyles shaped like Chimeras, the Bat-signal, is used to summon Gotham City`s most dedicated defender. With his symbol reflected in the skies, the Dark Knight answers the call and scales the artifact, hidden by the shadows of his dense black cape that surrounds his body, like the great wings of a bat, symbol of his identity and cause. Iron Studios proudly presents its Batman Deluxe Art Scale 1/10 Batman Returns statue, inspired by the classic 1992 version directed by Tim Burton, who once again brought the Dark Knight to the big screen, starting his first film franchise.