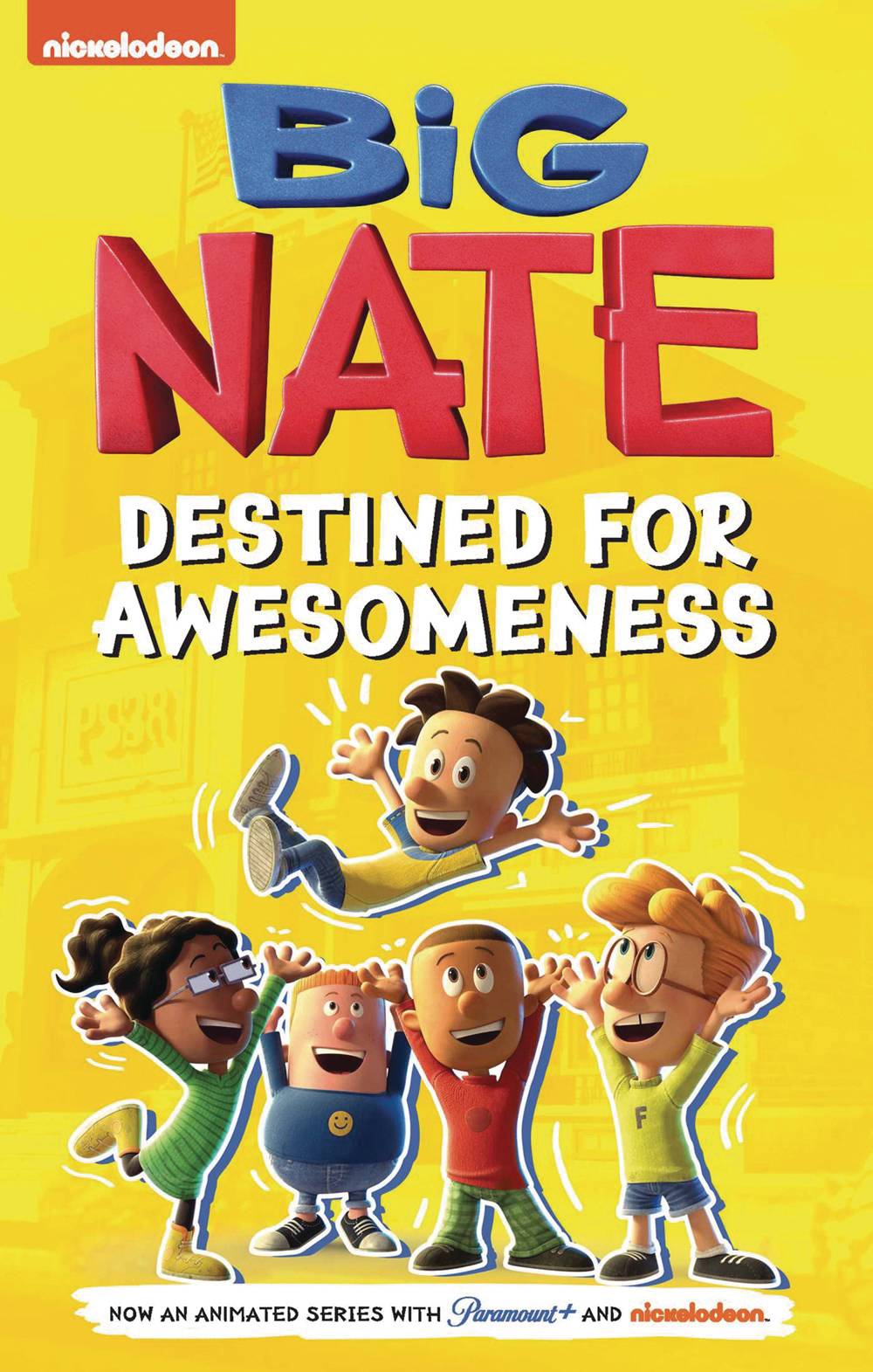 #
JUN221222
(W) Lincoln Peirce (A) Lincoln Peirce
Sixth-grader Nate Wright believes he is awesome. At least that's what he'll tell you. Truth is, he has his doubts. But he's not about to let the rest of the world know that! Big Nate: Destined for Awesomeness includes stories from three episodes of the new animated series on Paramount+ and Nickelodeon. In "The Legend of the Gunting," Nate finds himself only one detention away from disappearance, according to an ominous P.S. 38 legend. In "Go Nate, It's Your Birthday," Nate's use of his father's credit card leads to all kinds of great adventures-and an epic race to recover from disaster. And in "CATastrophe," Nate finally gets a chance to spend time with his imagined true love, Jenny, only to wind up terrified of her pet.
In Shops: Aug 24, 2022
SRP: $12.99
View All Items In This Series
ORDER SUBSCRIBE WISH LIST