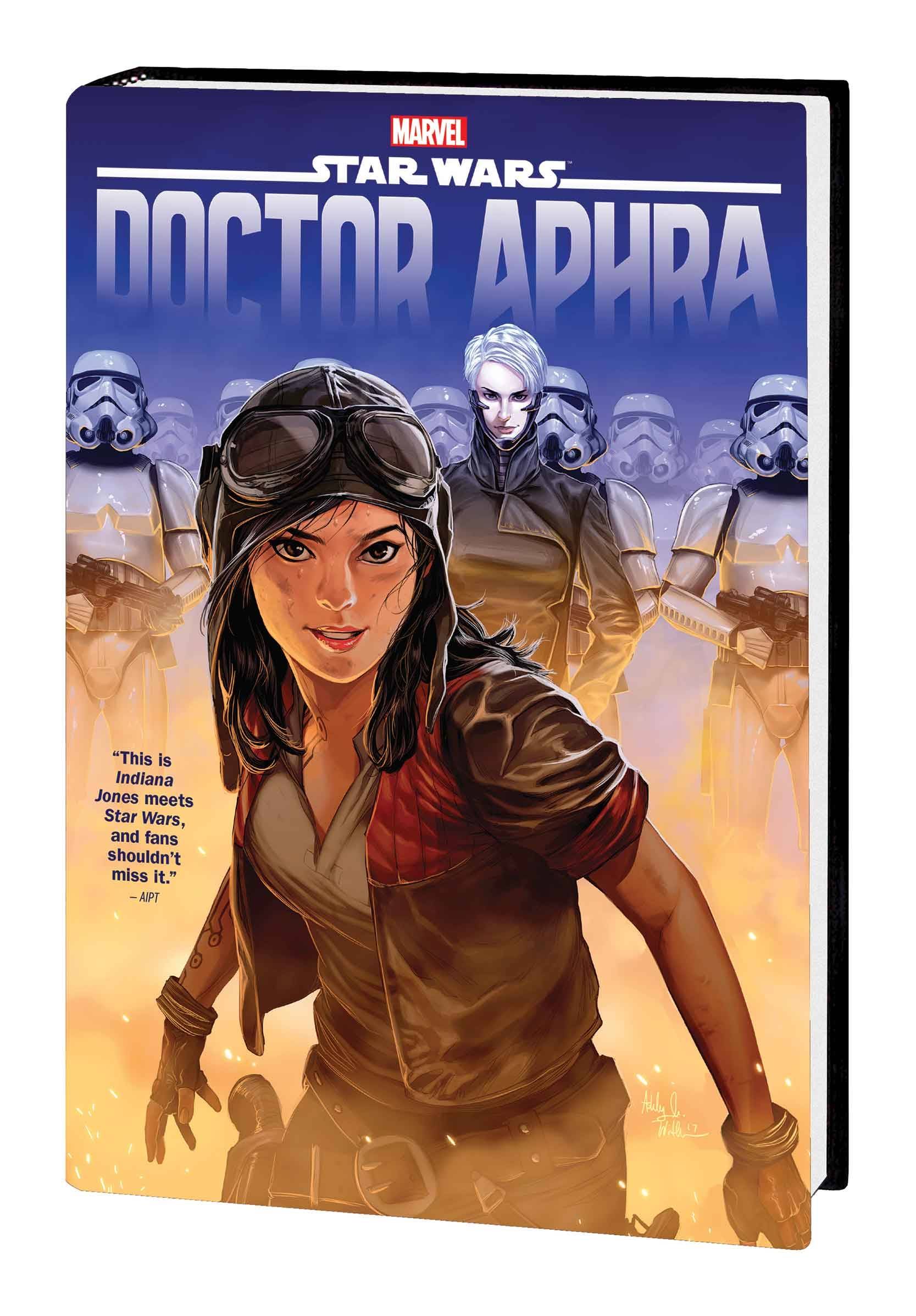 #
JUN221120
(W) Kieron Gillen, Si Spurrier (A) Kev Walker, Various (CA) Ashley Witter
Meet the galaxy's most daring rogue archaeologist as she dances between the dark side and the light! Doctor Chelli Aphra's unique skills made her of interest to none other than Darth Vader - but things went sour, and now she's trying to keep a low profile. Which is easier said than done, since she's traveling with two sociopathic murder-droids and a Wookie bounty hunter! But as Aphra's archaeological escapades get more dangerous, she soon finds herself over her head. Will a growing romance with a strict Imperial officer redeem her - or destroy them both? Adventure, excitement and terror await! Collecting STAR WARS: DOCTOR APHRA (2016) 1-40; STAR WARS: DOCTOR APHRA ANNUAL (2017) 1-3; DARTH VADER (2015) 3-4, 8 21, 25; STAR WARS (2015) 13, 19 31-32; STAR WARS: THE SCREAMING CITADEL (2017) 1; MATERIAL FROM STAR WARS: EMPIRE ASCENDANT (2020) 1.
Rated T
In Shops: Jan 11, 2023
SRP: $125.00
View All Items In This Series
ORDER SUBSCRIBE WISH LIST