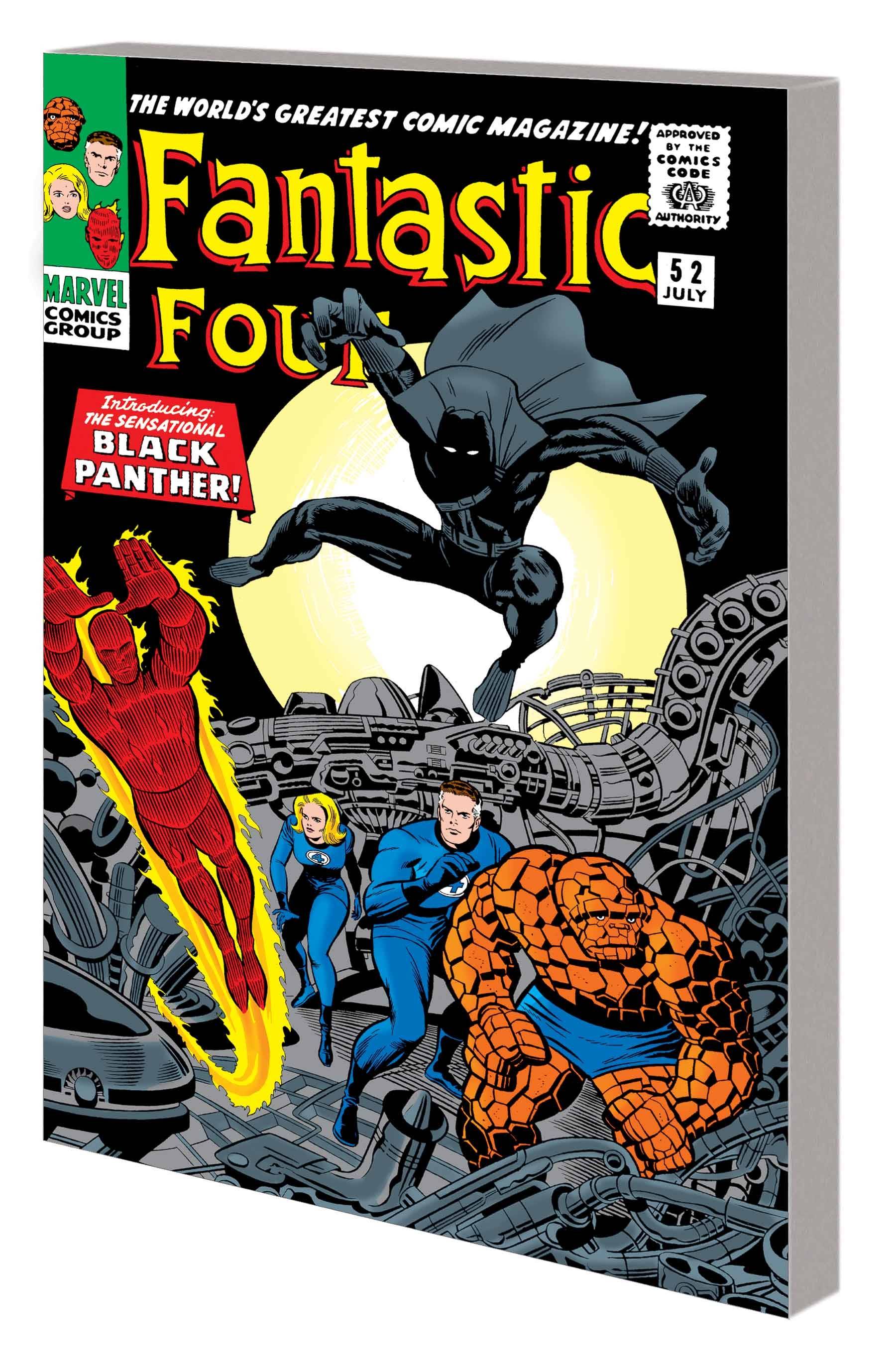 #
JUN221111
(W) Stan Lee, Roy Thomas (A) Various (A/CA) Jack Kirby
The Mighty Marvel Masterworks are proud to present the Black Panther's early adventures! In the 1960s, Stan Lee and Jack Kirby created one of the most iconic super heroes ever conceived: the regal king of Wakanda - T'Challa, the Black Panther! Roy Thomas, joined by top artists including John Buscema, brought the Panther into the ranks of the Avengers and delved into his origins and backstory. From T'Challa's first appearance and his battle with Klaw through his adventures with Captain America and his joining the ranks of the Avengers, each page in this Mighty Marvel Masterworks volume is history in the making! Collecting FANTASTIC FOUR (1961) #52-53 and #56; CAPTAIN AMERICA (1968) #100; AVENGERS (1963) #52, #62 and #73-74; DAREDEVIL (1964) #52 and material from FANTASTIC FOUR (1961) #54 and TALES OF SUSPENSE (1959) #97-99.
Ages 10 & Up
In Shops: Oct 05, 2022
SRP: $15.99
View All Items In This Series
ORDER SUBSCRIBE WISH LIST